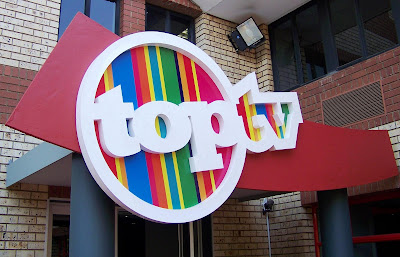 Sex not only sells. If you're TopTV CEO Vino Govender you want your company to show it.

It's so seductive. So delicious. No ... Not the rated R18 hardcore pornography and bump-and-grind television that TopTV wants to pump to subscribers as a separate new stand-alone package. The money, silly. Like a stripper going for the dollar, TopTV is dancing closer and closer to where it sees the money. For make no mistake about it: There's a fight going on for TopTV's soul and yes, it does start with the letter ''P''. It's not the word pornography however, but positioning.

While any company and any CEO worth their mettle will always see room for growth and further innovation, TopTV is playing with fire in terms of its latest growth plans and innovation - specifically how ODM and its product will be seen in future: either wholesome quality or downmarket sleazy.

Imagine family retailer Pick n Pay saying they're opening a stand-alone, separate aisle in every shop  - one selling (gasp!) sex toys. You don't need to go to the unmarked aisle (ever), but it will be there. A tricky proposition. A company that's built its brand, reputation and original customer base very carefully with patience, care and attention on the needs of middle class consumers who selected it for a specific product mix and keep supporting it because of its offering, might suddenly find a lot of them simply no longer wanting to be associated with it.

And keep this in mind: TopTV has not done a single thing from a consumer end-point point of view in the whole of 2011 to broaden, expand and better its normal commercial offering this year except an electronic programme guide (EPG) download update. Instead of more general commercial TV channels added to the bouquet, TopTV increased prices and subscribers have two less channels while still having to pay the same. TopTV now focusing on, and investing in, a new stand-alone sex channel package whilst having no discernable product and service improvements for normal subscribers, should make alarm bells ring.

It's a bit like buying a family four door sedan, with the manufacturer promising future parts and upgrades. Then the manufacturer announces - after no real betterment for your car - a new sexy two door sportscar: a far departure from the brand you first approached. Will they still work on improvements and value-added stuff for your car seat's upholstery and better lights? Or will they now just focus on the flashy new addition which can be sold at such a higher profit margin? What does it really all mean?

What's happening is that TopTV as a city and residential planner no longer wants to just map out future residential areas and installing piping, lamp posts and utilities for families. TopTV is concentrating its efforts on wanting to zone a television red light district on its pay platform - a much more seedy yet very lucrative section of a city that requires less infrastructure and cost but which yields big returns for very little cost.

The indirect price to be paid and cost of course is in positioning and reputation. It appears that TopTV has listened, and succumbed to the adult industry's lure, sacrificing the values and market mix it launched with 19 months ago for the clientele and money that comes with an adult channel offering.

Keep in mind that TopTV said in May 2010 that it's entering the market to serve lower income households and to bring pay television to them. TopTV's cheapest entry level bouquet is R99 per month. The new Playboy subscription package will be a separate R199 subscription - 100% more expensive. Which subscriber will be treated better, handled with more care and chased with more intent and focus? The R99 subscriber or the R199 subscriber on which a operator make a much larger profit - derived from the massive mark-up that porn channels or so-called ''adult channels'' come with and which means big money in the pocket of the operator?

When pay TV operator Kabletown takes over the company in the sitcom 30 Rock, it's what the fictional TV executive Jack Donaghy in an episode dryly-wryly calls ''the goose that lays the golden egg - channels 500 to 600''. He's talking of course about the dirty little secret of the TV business - the  sex channels which is the real money-spinner if you don't really care too much about your name.

If TopTV forges ahead and gets approval for the new channels, it will change the company forever. Having already applied for authorisation and now clearly indulging the more baser, carnal side of its money-making nature, it will be interesting to see how TopTV finally decides to proceed: building loyalty through patiently growing a consumer-considered ''safe'' brand, or going all out, hoping to make a quick(er) buck.
on 12:36:00 AM