Programming note: The best show on TV you're not watching - The Listener - returns for a 2nd season tonight on Fox Entertainment. 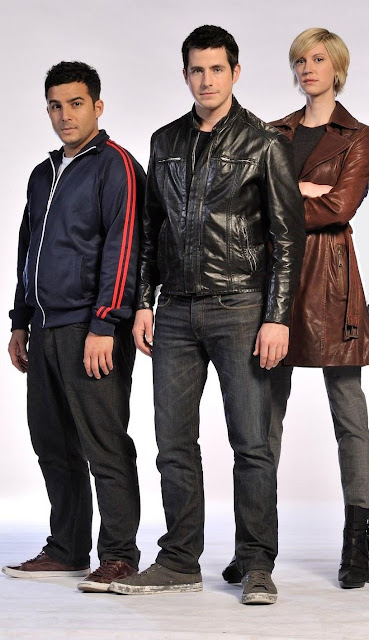 So basically he's not an orphan. His mother deliberately put him in foster care. Disappeared. And she knew right from the beginning that he had special powers. She also knew that there's evil people (presumably with special powers too) who mustn't be allowed to get a hold of him and she actually gave him away to protect him with different names. Very Harry Potter; and a very good show.

That's what viewers discovered in the stunning first season finale of The Listener that returns for a second season of 13 episodes tonight on Fox Entertainment (TopTV 180) at 20:15 with Craig Olejnik in the best show on South African television you're not watching.

Toby Logan (Craig Olejnik) is a paramedic who can hear people's thoughts in this drama and uses it to solve crimes and riddles regarding people and situations. He does this whilst trying to puzzle out his gift, his origins and past, and what happened to his parents (which we now know is much more pre-determined than we ever even suspected).

Toby is going to reveal his secret to someone else this season, also starts working for a new agency, the IIB (which is a kind of CIA-ish agency), and digs further into the secrets surrounding who he really is. Viewers would be well-advised to dig into this spellbinding drama too.
on 11:03:00 AM