TERRA-IFIC! Some early behind the scenes set secrets of the upcoming Terra Nova; television's most expensive TV show ever. 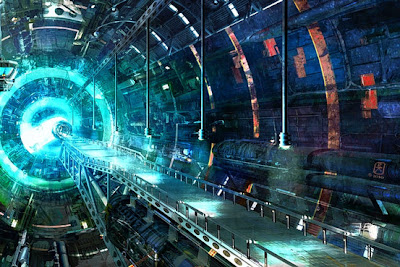 Fox
The best new TV show for 2011 which I really can't wait for, Steven Spielberg's Terra Nova, yields more tantalising titbits of terra-fic information about this futuristic, yet set back in the past TV show, that is shaping up to be the most expensive TV show ever produced.

The Wall Street Journal spills some interesting facts about the show that will start with two episodes in May in America and had M-Net already snapping up the rights for South Africa. There will definitely be a first full season. Just the first two episodes which will be shown back-to-back in America, already has a production cost of $16 million and after than the production will have a per episode cost of $4 million. It took 15 weeks to build the sets that include a market, hospital and homes. In the 2nd episode there will be a big velociraptor.

Terra Nova reportedly has a production crew of 300 people, the director had to stop production to take a leech off of one of the actresses. Terra Nova started out as an original script entitled ''Gondwana Highway'' after a prehistoric supercontinent. And a flash flood in December almost killed a security guard who was trying to save a power generator. 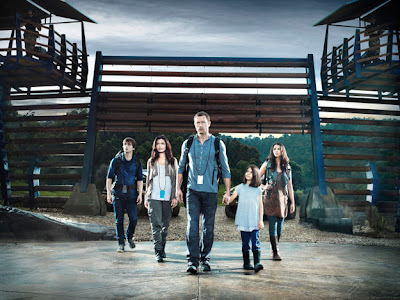 Each Terra Nova episode will try to introduce a new creature or dinosaur. Paleontologist Jack Horner who consulted on Steven Spielberg's Jurrasic Park is helping to authenticate the dinosaurs, many of whom will appear birdlike and some will have feathers. The first episode will have 3 different types of dinosaurs, including an ominous new dinosaur referred to as ''the slasher''.

Meanwhile Steven Spielberg already doing Terra Nova and Falling Skies is now working on a 3rd new could-be TV series entitled Smash and which will be looking to copy the success of Glee. According to Reuters, Smash that will be produced by Dreamworks TV is an ambitious one hour musical TV series about the mounting of a Broadway musical and is based on an idea by Steven Spielberg himself.