BREAKING. SABC1 is taking over The Tyra Banks Show from SABC3 from February. And I know how it will work and exactly why. 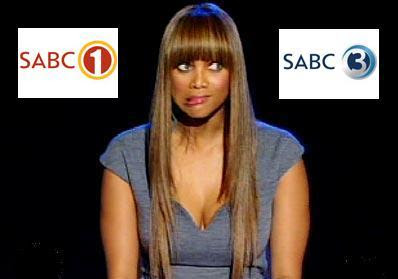 While some people working at these channels don't even know it yet, I can exclusively break the news that The Tyra Banks Show is moving from its longtime home on SABC3 to SABC1 from the beginning of February and I can also already tell you why.

While workers at SABC1 and especially SABC3 are going to be surprised by this news, I can spill that the current 5th season of The Tyra Banks Show will do exactly what younger siblings do when the older sibling moves out of the house. Take over the room.

The Tyra Banks Show will start on SABC1 from 1 February and will be broadcast from Tuesdays to Fridays between 10:00 and 11:00. Cue SABC3 baffled faces. Why? Because not everyone at SABC3 knows that this is going to happen. More context? Sure. The 5th season of The Tyra Banks Show will start a bit before what was already show on SABC3 and be a few days behind. The talk show move isn't planned as permanent, but the powers that be will see how it does.

Why the change? Two reasons SABC isn't telling but I can reveal: Firstly the licence is going to run out and the SABC overall wants to broadcast and complete the season while its still allowed. Secondly the cricket on SABC3 is preempting Tyra and interrupting the timeslot during which The Tyra Banks Show would have gone out. Overall the SABC wants a talk show in a morning slot as an alternative for viewers on one of the channels. Now how is that for some Friday scoop.
on 3:57:00 PM