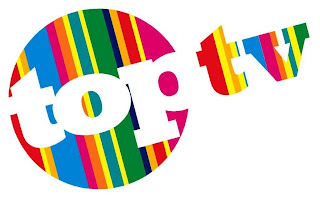 The Transnet strike curtailed shipment and delivery of TopTV decoders to On Digital Media (ODM) but I can exclusively reveal that another 15 000 TopTV decoders were finally delivered to South Africa's new pay TV operator this afternoon. In addition to this, insider sources at TopTV are telling me that just over 70 000 TopTV decoders have now been sold since TopTV's commercial broadcast started at the beginning of this month.

According to TopTV sources the Transnet transport strike - although bad and impacting negatively on ODM - afforded TopTV the opportunity to catch up on the backlog of customer care enquiries, activations and installations. Neither my sources nor TopTV officials want to say how many activations have been done so far, out of fear that MultiChoice that runs the DStv platform, will be able to estimate ODM's initial income from subscriber fees. ''We're not releasing that information and making that public,'' Melinda Connor, TopTV spokesperson told me earlier today. She confirmed that TopTV received 15 000 more decoders from the harbour today.
''We had 15 000 TopTV decoders sitting at the harbour that we couldn't get our hands on during the Transnet strike. We received it this afternoon. A lot of it is pre-booked however. OK Furniture, a new distributor that now also wants to sell TopTV decoders has booked 10 000 of that 15 000 already.''

''We have beefed up our customer call centre considerably. We started out with 25 call agents. We've now got 150. We increased our installers to 350 and we've now upped it again to 500 accredited Top TV installation companies. Many of these companies have more than just one individual installer. Melinda Connor admits to ''teething issues'' regarding TopTV installations and some installers not getting paid by ODM. ''As soon as installers have a problem and contact us, we sort it out. In most cases it's because of incomplete information and payments that are then rejected by the system. They are all on the system, but in some cases, because of small errors, payments weren't able to be made, but that's being sorted out.''
on 11:48:00 PM