INTERVIEW. M-Net on reality shows: ''The days of it just being a TV show, is long gone.''

With Survivor SA Santa Carolina just concluding on M-Net (with a behind the scenes special tomorrow eveing at 19:30) and the sixth season of Idols starting up, I asked Helen Smit, M-Net's head of local content, about how M-Net sees the ongoing expansion of its TV properties from just being TV shows, to becoming TV experiences.

Will Survivor SA Santa Carolina be back? How did it perform? And how does M-Net see the evolution of TV programming beyond the box?

For answers to all of these questions, click on READ MORE below. 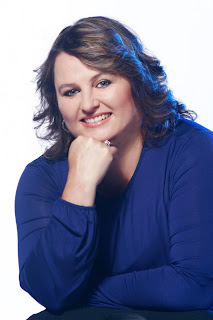 Will South African viewers get to see another, possible fourth season of Survivor SA, or another Survivor SA with celebitant as castaways on an island? Right after last week's Survivor SA Santa Carolina live finale, Helen Smit, M-Net's head of local content, took some questions on the show.

''We will critically evaluate everything we've done on Survivor SA Santa Carolina,'' Helen Smit said, ''what was successful; what wasn't. We'll also critically look at the numbers; the numbers were very good for the series – we've had bigger viewer numbers than ever for a series. Based on that we'll then make a decision. It is potentially on the cards. But there is something else that we're interested in. So we've got to figure out which one of the two to choose.''

I asked Helen Smit why M-Net decided to do a third season of Survivor SA. ''To answer you Thinus, I think at M-Net we'll make a decision on a TV show always based on a couple of criteria: obviously viewers first and foremost. Our viewers love the show. And in particular they love a show that they can really get invested in. I think this time round, we really managed to get that water-cooler talk going, where people were desperate to find out what will be happening next.''

''Then I think it makes for incredible television. All credit to the Endemol SA crew and team, who worked like Trojans. It's very long days. in Mozambique in the mornings at 4 the content directors were on the boats out to the island because the sun was starting to rise . . . and they came back at 6 at night. And then the night guys started. It was relentless. And the heat! Endemol SA delivered fantastically.''

Of course M-Net is also leading the charge in South Africa of creating an ongoing narrative for its TV shows besides it just being a weekly TV show. No longer do viewers just sit back and wait for the next episode with no interaction in-between. M-Net engages them on the internet, on official show sites and through social networking.

I asked Helen Smit what some of the things are that M-Net's local TV productions are looking at beyond just the show, when it comes to making a physical hour of television - and why M-Net is doing this.

''We're now operating in a multiplatform environment,'' Helen Smit says. ''We have to supplement what we put on television, elsewhere – especially with younger viewers. There is a massive amount of online activity and mobile activity. If you're not in those spaces, then you're missing the boat,'' she says.

''We had two members of the new media team and they shot 58 tapes over the course of the shoot for Survivor SA Santa Carolina. That included a lot of the exit interviews and for instance the message in a bottle and other behind the scenes footage.''

''The standard thing that happens when M-Net decides to do a reality show, is that we start these mammoth status meetings - which can take a very long time. But you work your way through all of these elements. Then you decide who is going to do what, and how are you going to supplement what everyone is doing, without getting in each other's way.''

''The core focus is still the television production,'' says Helen Smit, ''but the days of it just being a TV show is long gone. You've got to look at the complete experience of what it is that you are bringing to your viewers and what can you do to make it more fun for people. You have to create and bring them those various add-ons and added value that they're looking for.''
on 2:48:00 PM