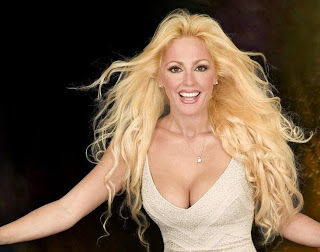 On 22 December last year I broke the news first RIGHT HERE that Supersterre will be back for a third season in 2010, starting on Friday, 19 March on SABC2 at 19:30.

Now I have all the audition information for you about Patricia Lewis' local reality TV talent show starting THIS FRIDAY, 29 January.

For the COMPLETE AUDITION information, you can click on READ MORE below.

Auditions for Supersterre will take place, starting this Friday at:


Everyone who wants to audition has to have a prepared English AND Afrikaans song from the Supersterre I or II album ready.

150 semi-finalists will be chosen from all the auditions. (Some have already been chosen earlier. If you have been chosen during an earlier audition phase, you don't need to attend this new audition round).

The semi-final round will take place on Friday, 12 February at 09:00 at Carnival City where the Top 10 will be announced.