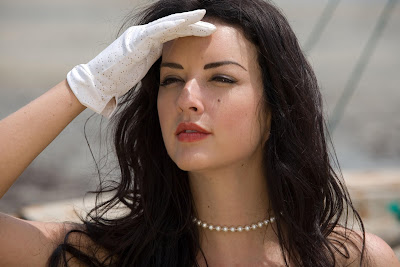 Earlier this week I spoke to Survivor SA Santa Carolina celeb contestant Cindy Nell who got voted out on Wednesday night's episode since the strong former Miss South Africa was seen as a huge threat mentally and physically by the rest of her tribe.

For my full interview with Cindy Nell, click on READ MORE below! 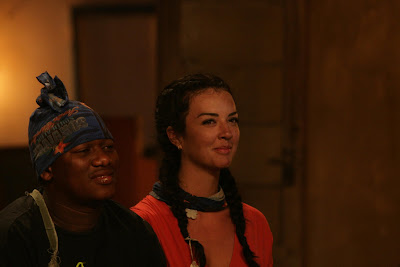 What was the worst moment for you on Survivor SA Santa Carolina?
I think when we lost the challenge. I really cracked. I was very tired that day. It was after the storm, I've built the shelter, I've been working hard and it really felt as if I was emotionally drained. I was just really a bit emotional and packed up a bit.

What was the best moment?
When we caught a fish. It felt to me as if we were really starting our own little civilization. It made me feel as if there was hope and that yes, we can stay here, we can catch food and that everything is going to be alright. 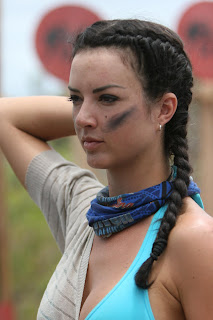 What was an unexpected moment during your time on the island?
I didn't expect that we were all going to get along so well. I didn't have any expectations to be buddy buddy, and although I feel that I was exploited, I still made a lot of friends with several of the people there. I was very surprised about how pleasant a lot of them were.

With the tribal council, did you realize that people are scheming to vote you out or did it hit you out of the blue?
No. I sort of felt it during the day. It didn't come to me as a big surprise. It would have happened to me at one time or another, I guess. I can't play something like Survivor like a little girl, so I wouldn't have made it to the end anyway, since I got voted off because I was a threat.

Who should viewers keep a lookout for?
I think the dark horse is definitely the rapper, Proverb. He's the silent type who makes as if he doesn't want to be there, but I think he's going to sideline everyone one by one. I think in this Survivor SA a woman is definitely going to win because the men are too busy trying to see who can be bigger and better. They're not keeping an eye on the women.
I would say keep an eye on the women. The strongest are leaving first. It's the ones cruising under the radar who you don't get to see a lot who's going to be there for a long time. And also not the obvious women. I think there's still going to be a lot of backstabbing, that I can assure you. When I left, it just started getting nasty. 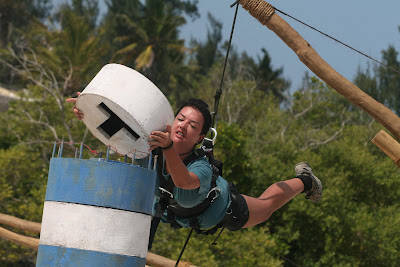 Why did you decide to do it?
I thought what if one day when I'm older, I think to myself: Why did you pass on this opportunity? How would it be to be stranded on an island? That was the one thing. Then I also just wanted to get away a bit. In this celebrity life sometimes you're vision becomes a bit obscured after a while because you become so used to everything. You don't know what is really important anymore. So with this I could force myself to get rid of everything around me. It was important for me to just get back in touch with who I really am.
I came back and it was a big break pedal; a stop. We usually live with so much we don't think about or appreciate and we're completely overindulged. You appreciate the basic things: loved ones, neighbours and basic things like towels and to be dry and to be warm. I promise I haven't complained about a single thing since my return from the island.
Also I wanted to show people that I'm more than just the perception that some people might have of me. And to show that I'm NOT perfect, and that I'm just a normal person. 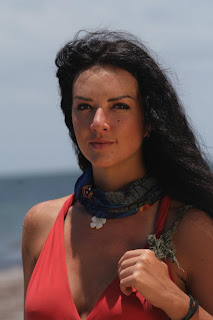 Lost any weight, broke nails or lice in the hair?
On this show you see people as raw as it comes. You see yourself very, very raw. It's the real experience. My toe nail fell off and the poor thing still hasn't grown back. I had to braid my hair the whole time because you can't wash your hair. It was quite a shock to the system to go and whee in a hole, especially at night when you can't even see where you're going.
And the sunburn. Skins came off my arms. I have my own suntan range, Caribbean Tan, and I always advocate not to be in the sun for too long, so I absolutely hated every moment of that. All I could think about the whole time was all of this pigmentation and aging which is happening with me. So, after I came back I went for a laser treatment just to try and get rid of all the pigmentation cause by the sun.

What does your husband Clive think of everything his wife endured?
Clive thinks it's crazy. He wouldn't do it for R10 million. He told me that he supports me, but that he thinks I'm totally bonkers. It was very difficult for the spouses because they didn't even know where we were going. When we boarded the planes, our husbands didn't even know whether we're going to Timbuktu or Mozambique. It was very difficult for me.
on 12:16:00 PM