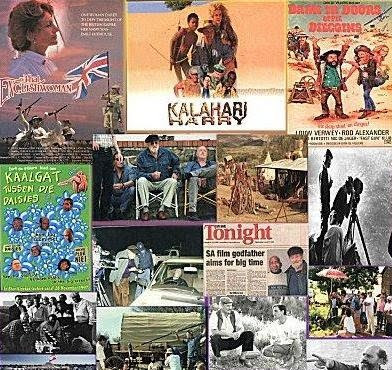 Dirk de Villiers became known as ''The Godfather'' of South African film industry over the past 40 years as he revolutionized the South African film industry and established his production company, Ad Astera in Cape Town. He produced more than 28 movies among them My Broer se Bril, Kalahari Harry, Tant Ralie se Losieshuis, and Die Geheim van Nantes. He produced 25 local TV shows for South African television under which Arende and Meeulanders and made several TV documentaries.