Independent Producers Organisation on SABC retrenchment plan: 'It's disturbing that the ANC ruling party and unions are up in arms against the SABC board over a few hundred SABC jobs but haven't taken issue with thousands in the production sector who have lost jobs'. 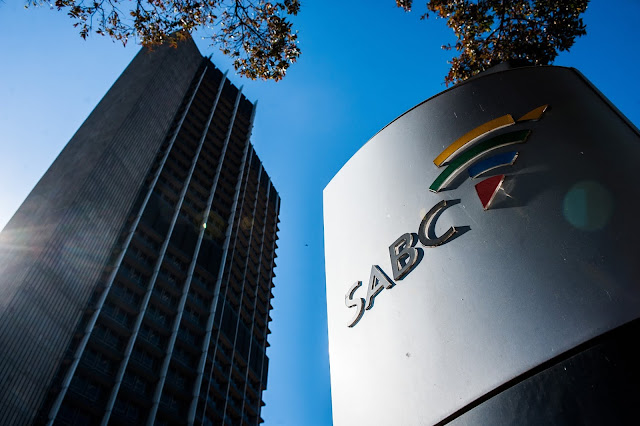 by Thinus Ferreira
South Africa's Independent Producers Organisation (IPO) says that it rejects calls from trade unions for the dissolution of the SABC board and says that it finds it disturbing that the ANC ruling party and trade unions are now up in arms over job-losses at the public broadcaster but did nothing over the thousands of workers who had lost their jobs in the country's struggling TV and film industry already.
Tensions and public protest action have ramped up last week after the financially struggling South African public broadcaster issued retrenchment letters with SABC top management that wants to get rid of 400 workers at the bloated broadcaster.
The SABC board will again meet with the Communication Workers Union (CWU) this week, while the Bemawu trade union is bringing an interdict application at the Labour Court to halt the retrenchment process.
Politicians and political parties like the ANC and EFF have joined the public protest action of SABC workers, with the ANC and EFF also calling for an end to the SABC's retrenchment process.
Meanwhile, South Africa's battered film and TV industry had already shed thousands of jobs within the industry with many production companies that were forced to shutter as a confluence of the SABC drastically decreasing its local content spend, late and non-payment from the SABC for content that have been delivered because of cash-flow problems, and the Covid-19 pandemic.
The SABC board have said in 2019 and again this year that if the ANC-led government doesn't want job cuts it will need to commit to give the SABC an additional R1 billion per year. The SABC that just made a net loss of R511 is on track to make another loss of at least R1.2 billion next year.
The SABC roughly requires R270 million per month just to pay salaries with the wage bill that is by far the biggest single expense at the crumbling broadcaster.
In the 2019/2020 financial year the SABC paid out an average salary of R791 000 per worker - roughly R66 000 per worker per month. This "average" is however skewed because of the multi-million rand remuneration packages of the SABC's top execs, directors and senior management who collective earned over R41 million in the financial year.
"While no-one supports retrenchments, particularly in these punishing economic times, the harsh reality is that without undergoing this process and trimming its bloated wage bill, the SABC will face financial ruin, putting thousands more jobs at risk in the organisation and its suppliers," says Quinton Fredericks, co-chairman of the Independent Producers Organisation, the industry umbrella organisation that represents South Africa's independent producers.
"The SABC board is the first to make any progress in managing the organisation’s cost to income ratio; reducing wasteful and fruitless expenditure, selling off non-essential assets and rooting out corruption," says the IPO.
"Importantly, it is also the first to act on the very direct instruction from Treasury when it received the bailout to reduce its unacceptably large headcount."
"The SABC spends 41 cents of every rand on salaries, whereas its spend on content – which is its core business – is only 22 cents, with local content only receiving 15 cents of that. As the public broadcaster, it is mandated to prioritise local content. By comparison, M-Net spends 15% on staff and 43% on local content. Further, as a percentage of revenue, eMedia  (e.tv) and the BBC spend 11% and 29% respectively on salaries."
"The SABC's wage bill has grown beyond all reason as a result of irregular and unjustified appointments, unwarranted bonuses and consistently above-inflation increases," says Quinton Fredericks.

"Conversely, it has slashed its spend on local content effectively cutting its rates to the production sector and the thousands of freelancers that work in it by an effective and staggering 50% over the last 12 years.

"It is disturbing that South Africa's parliament, the ANC ruling party and unions are up in arms against the SABC board over a few hundred SABC jobs, yet none of them have taken issue at all with the thousands of workers in the production sector who have lost their jobs, and the many small business production companies which have been forced to close down due to the SABC having reduced its spend on local content and, in the not so distant past, simply not paid producers for work that had been delivered to the broadcaster."

"The current SABC board's turnaround strategy is the first glimmer of hope for a sustainable future for the SABC. The measures in that strategy, including the retrenchments, are inevitable if the organisation is to survive, no matter who sits on its board," says Quinton Fredericks.

"Dissolving the SABC board, as the CWU demands, will cost the organisation and the country dearly."

"Replacing this SABC board with amenable disciples will not only lead to its rapid ruin, it also places the editorial independence of the public broadcaster and, in turn, our democracy under severe threat as we saw under the Hlaudi Motsoeneng era".

"An independent, objective broadcaster is a key pillar of a functioning democracy. We cannot allow this to be undermined by unrealistic populist rhetoric ostensibly aimed at saving a few hundred jobs at the cost of thousands of jobs across the production sector, and of a public broadcaster that is able to deliver effectively on the core requirements of its public service mandate," says Quinton Fredericks.

"The Independent Producers Organsiation recognises that the workers who may be retrenched at the SABC have extensive skills sets in the broadcasting, commissioning and production sector."

"These skills should be harnessed in building the capacity of small and medium black-owned production houses through agencies such as the MICTSeta and the National Skills Fund to reposition and build the capacity of the independent production sector in South Africa. This with a specific focus on developing our local indigenous film and television sector."