e.tv cancels Rhythm City after 13 years, Quizzical Pictures produced daily soap opera to end in July 2021 as part of unexplained 'business strategy' and will be replaced by another daily drama series. 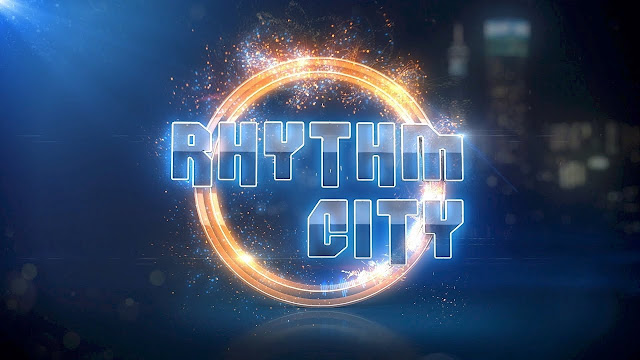 by Thinus Ferreira
e.tv has cancelled its long-running local weekday soap Rhythm City produced by Quizzical Pictures despite it being one of the red letter broadcaster's most-popular and most-watched shows, giving no explanation for it other than to say it has been done as "part of a business strategy".
After 13 years Rhythm City, executive produced by Harriet Gavshon, will end with its final episode on 16 July 2021 with e.tv that plans to replace it with another daily drama series.
According to e.tv, Rhythm City's "on-air life cycle" isn't good enough for the channel anymore, with e.tv that took the decision to can Rhythm City after having reviewed the show's "on-air life cycle".
e.tv doesn't specifically mention any financial reasons for Rhythm City's cancellation in its surprising press statement, yet it stands to reason that Rhythm City's axing is because the soap is likely no longer profitable for e.tv, or is loss-making, or is no longer making enough money for the commercial free-to-air broadcaster.
A combination of ratings and profitability are the main drivers behind the fate of series and programming on commercial TV channels and Rhythm City is clearly no longer making sense as a "keeper" for e.tv within this matrix.
e.tv that doesn't want to give any specific reasons for Rhythm City's cancellation in its press release, for something that is a long-running show, will fuel speculation within the industry and under viewers and fans as to what exactly led to its demise.
Rhythm City, created by Rolie Nikiwe and Neil McCarthy, made its broadcast debut on e.tv on 9 July 2007 and was the replacement for the struggling youth-focused Backstage - it was instantly much more popular and gave e.tv a foot in the door in the production of scripted, local South African prime time content that could pull significant ratings.
Rhythm City peaked at almost 5.2 million viewers in 2020 and has consistently ranked amongst the Top 10 most-watched prime time soap operas in South Africa, with its cancellation catching South Africa's TV industry by surprise.
e.tv's Rhythm City cancellation will push multiple on-screen talent and crew working behind the scenes at Sasani Studios back into the jobless market looking for their next work opportunity in the maelstrom of the gig economy of South Africa's struggling film and TV industry.
Marlon Davids, e.tv managing director, says that "e.tv continues to look forward to fulfilling its mandate of producing exceptional and relevant local content, and the production has successfully achieved its part of the obligation throughout the past 13 years".
"Rhythm City has secured its place in e.tv's history books, and a legacy mark has been made. We want to extend our gratitude to the entire production staff, crew, and cast for their incomparable craft."

e.tv says that the channel "would like to unequivocally thank the show's production team Quizzical Pictures, for their unwavering dedication and passion that has gone into the hard work of producing the multi-award-winning drama".

e.tv says the final few months of Rhythm City will "have a strong focus on finalising prominent plot lines, some of which, like the introduction of Suffocates long lost adoptive son Pule, will take fan favourites back into time, to when it all started".
ALSO READ: The cast and crew of e.tv's canned Rhythm City though they were called together to be congratulated for their hard work and ratings during Covid-19 - then they were told they're fired during a cold speech.
on 2:32:00 PM