Coronavirus: Uzalo on SABC1 shuts down production because of Covid-19, says the show will remain on the air. 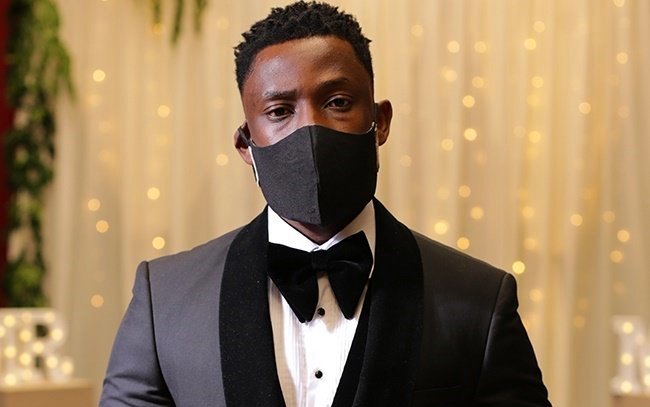 Friday marked the point that virtually every single big, locally-produced primetime South African TV series have had to shutter over the past month and a half because of positive Covid-19 cases at the studio lots and on-set when SABC1's Uzalo also closed down because of the coronavirus.

Uzalo stresses that despite the temporary shutdown, the show will remain on the air on SABC1 with pre-recorded episodes.

"The SABC has been notified by Stained Glass TV that Uzalo has shut down today, due to a crew member testing positive for Covid-19," Mmoni Seapolelo told TVwithThinus in response to a media enquiry.

"The production will follow the necessary protocols and it must be noted that the broadcast of the soap on SABC1 will not be affected."

Uzalo executive producer, Pepsi Pokane, tells TVwithThinus that the Stained Glass production "adheres to all the health and safety measures and protocols to assist in combating the spread of Covid-19 and safeguard our production crew and cast".

"It is critical for us to prioritise the safety of all staff members. We offer our sincerest well wishes and support to our colleague."

"In accordance with Covid -19 safety protocols, Uzalo production sets have undergone an intensive disinfection process to further minimize the risk of contamination as part of production’s regular health and safety practice."

"To ensure the wellbeing of the whole Uzalo team, production has halted to ensure measures are implemented to reduce any further exposure. Uzalo will remain on television screens with exciting storylines and captivating twists."

Since South Africa's battered film and TV industry emerged from an 8-week national lockdown period in May this year, one show after another succumbed to a growing number of Covid-19 cases.

From large to small, production companies making the local shows that bring the big ratings, have had to shut down the lights and cameras yet again as they closed the studio doors for a deep-clean and self-isolation of cast and crew.

Uzalo, SABC1 and South Africa's most-watched TV show, joins M-Net's The River (produced by Tshedza Pictures) on 1Magic (DStv 103) that was the first show to shut down in May after local productions geared up again, followed by Skeem Saam on SABC1.

After them followed Muvhango (produced by Word of Mouth Productions) on SABC2 that only restarted filming on Thursday although 10 more cast and crew tested positive who are not at work and self-isolating.

Rhythm City (Produced by Quizzical Pictures) and Scandal! (produced by Ochre Media) both on e.tv also shut down.

e.tv's Imbewu produced by Grapevine Productions in KwaZulu-Natal also shut down because of a Covid-19 positive case.

Both Suidooster filmed at Atlantic Studios in Cape Town and produced by Suidooster Films and Arendsvlei produced by Penguin Films had positive Covid-19 cases.

Last week Isibaya, produced by The Bomb Shelter for M-Net's Mzansi Magic (DStv 161), had to shut down because of Covid-19.