INTERVIEW. Expert Delphine Lévi Alvarès in The Story of Plastic documentary film on Discovery Channel: 'Knowing the real story of plastic is going to enable us to rewrite this story'. 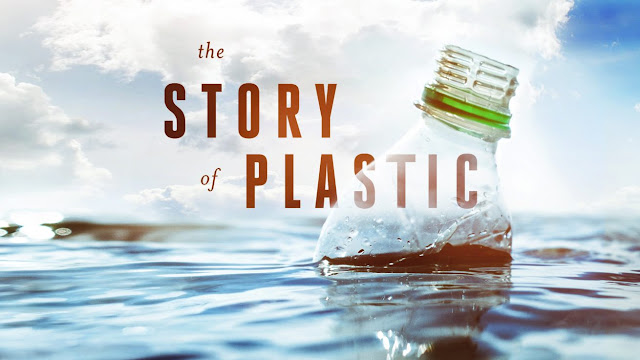 With World Oceans Day taking place on Monday 8 June, Discovery Channel (DStv 121) acquired the award-winning documentary film, The Story of Plastic that will be broadcast on Sunday, 7 June 2020 at 22:00 with one of the key figures appearing in it saying that knowing the real story of plastic will enable consumers to rewrite this story.

The Story of Plastic gives a detailed look at the environmental damage that occurs throughout the lifecycle of plastic and what countries, companies and ordinary people can do to try and fix the massive problem of plastics.

The Story of Plastic was the Audience Award winner at the 2019 Mill Valley Film Festival with Deia Schlosberg’s documentary that reveals in shocking fashion how the messaging around plastic has for decades been controlled by the plastic producers, who have deliberately focused on plastic waste.


According to the film's producers, The Story of Plastic reveals how the plastics industry is simultaneously blaming wasteful consumers for plastic pollution and aggressively investing to produce more single-use plastic than ever before.

Delphine Lévi Alvarès, European coordinator of the Break Free from Plastic movement, is a key figure in The Story of Plastic and TVwithThinus got on the phone to ask her more about it. 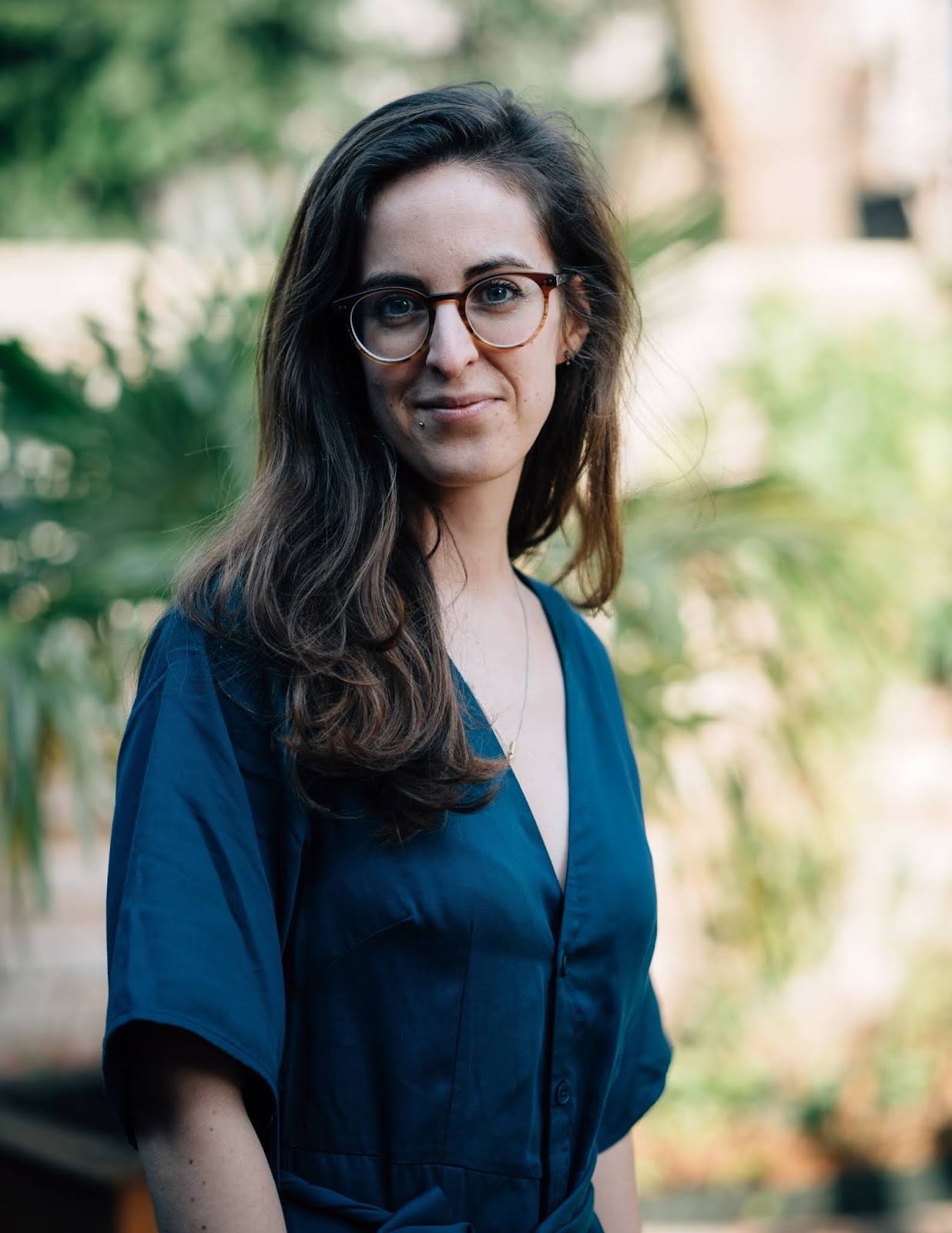 Consumers feel overwhelmed by plastic and single‑use plastics.  They feel often powerless to help because they think it might be such a small difference that they can make because the issue is so big.  What advice would you have for people?

Delphine Lévi Alvarès: Well, first, I don't think that everyone feels powerless because I see a lot of people reclaiming the power of their consumption by changing their habits.

But for anyone who would feel the way you describe, the first immediate step is to make a difference is to, also at the same time very adequate with the context, is to buy from local producers.

When you buy from local, in places where you have the offer - because, unfortunately, all the places don’t have the offer - you are limiting a lot of packaging and if not like completely eradicating packaging, and you are getting fresher products – better for your health and so is preferred.

They can also switch to making your own beauty products and cleaning products.  They are also better for your health because you know everything that you put in there.

So, there are many different steps.  But I think first we’ve seen people coming together because they are actually hopeful that they can do something as a community on achieving zero waste or on fighting back against industry green‑washing and things like that.

So I don't think people are powerless.  But if they do, they can turn towards their own consumption, but they can also participate in communities brainstorming around bringing zero waste to their city and so on and so forth.


Is there something that you yourself maybe didn’t know that you learned from making this documentary?
Delphine Lévi Alvarès: Yes, what I’ve learned in this process is how much – because I knew it before – but the extent to which the oil and gas and petrochemical companies are willing to go and threatening and ruining people’s lives to expand their profit for me was shocking.

The whole section of building the pipeline and how much they are just like ruining people’s lives to be able to build their pipeline - that for me is the scariest part. The Story of Plastic shows that plastic is a supply-driven issue.

So, this is really refocussing the debate on the source of the plastic pollution, which is not the people, it’s the profit of some companies at the very, very beginning of the value chain. 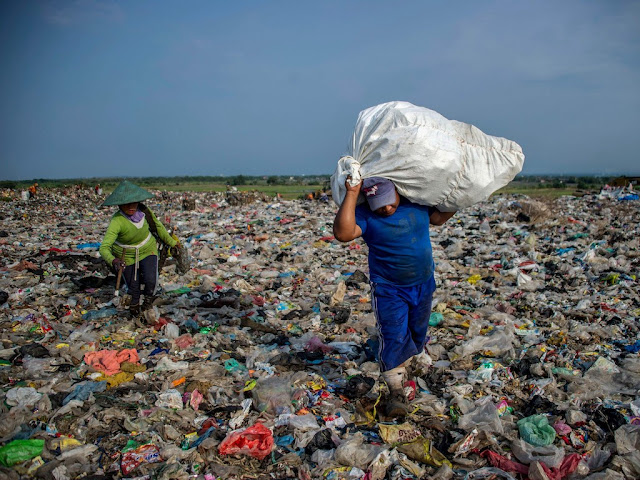 Why should viewers make sure that they watch The Story of Plastic?
Delphine Lévi Alvarès: Because knowledge is power. Knowing the real story of plastic is going to enable all of us to continue building the collective power we need to rewrite this story and build a better future for people and the environment.


Now with the Covid-19 pandemic, it’s been interesting to see this dramatic reduction in air pollution as manufacturing shut down and the vehicle exhaust fumes decreased. Once the pandemic is over it will presumably increase again. How do we  find a better balance where it isn’t just a choice between manufacturing and consumption or pollution and consumption?
Delphine Lévi Alvarès: I don’t think an economy that actually benefits people has to be polluting.

We see thriving communities that are creating value locally in a respectful way for both the people and the environment.

And I do think that this pandemic highlights the impact of shutting down the factories on improving the air quality, but also the water quality and many other elements.

It’s showing that actually our economy is not benefiting anyone.  It’s benefiting the 20% richest in the world.  Most of the people that are making these profits possible are already working in terrible conditions in those factories to produce products that contain toxins and are going to contaminate the consumers' bodies.

I think it’s really a way for us to realise how much this economy we have built isn’t sustainable for the people and the planet. It’s also unsustainable the way the food system is built. 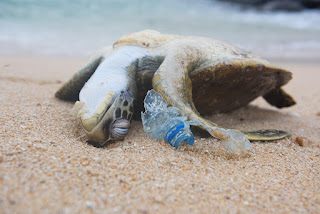 We’re seeing this at the moment because we have stretched the food supply chain so much that some places are struggling to get food because they have stopped producing food locally.

So, this is really about shortening the loops, recreating values and jobs locally that benefit the people and that benefit the environment. At the moment there is a lot of human drama because of Covid-19, so it’s not yet the time to draw the lesson.

Even if people say we are all in it together, I think it just shows how much there are inequalities in the way we are impacted and therefore how much the entire system has to change. We can’t continue benefiting the same ones and leaving behind the others. 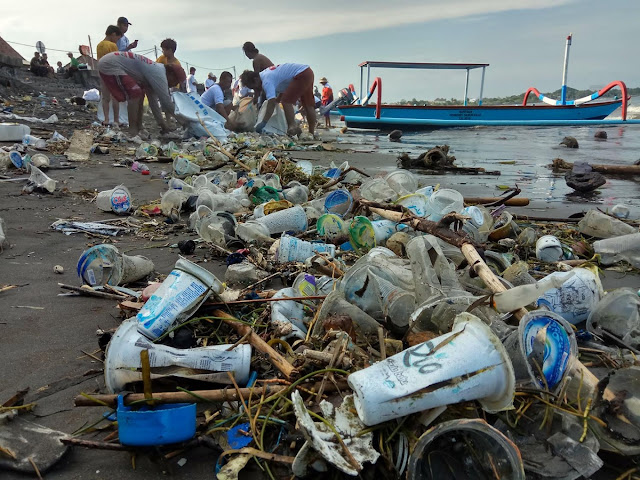 Beyond the individual consumer, what or who has to change, and what must be done sort of globally to address the issue?  How should the world try to solve the problem better beyond just behaviour changes for individuals?
Delphine Lévi Alvarès: I have to say that I really like this question because it is the right question to ask.

Consumers can do a lot but what has to change is that we have to develop the right infrastructure to allow zero waste to be at scale, to be mainstream.

Today, we see that shops and restaurants are refusing people bringing their own containers. We would not have such an issue if we had a systematic way of reusing containers and ways of washing those containers that would guarantee both the health of the workers and the consumer.

So, we need to change the offer. We need to re-localise the value chain for many products, and in particular, food. What has to change is that we have to have a real political will and a real understanding that what we are building now is not only for now.

The real change is to build for the medium and long-term. If you make the right decisions now, in five years and ten years from now the situation can be dramatically different.

Measures that we take now can build the system that will allow us not only to achieve zero waste but also to ensure the health and safety of everyone and feed basically everyone, and provide the basic goods that they need to sustain their lives.