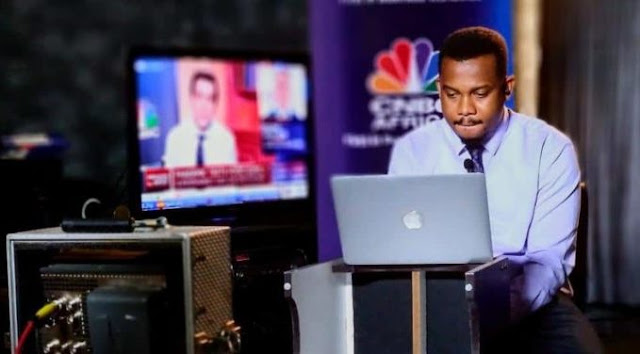 CNBC Africa (DStv 410 / StarSat 309), the Africa-localised TV business news channel franchise of the American CNBC brand is turning 13 years old today amidst the devastating global Covid-19 pandemic and says that the impact of the coronavirus has been a "major test" for the channel, hinting at a switch to a new operating model in the future post-Covid-19.

As with all South African and African media, the ABN Group that launched CNBC Africa on MultiChoice's DStv satellite pay-TV service on 1 June 2007, has felt the tremendous devastating impact of Covid-19 over the past two months.

As elsewhere, CNBC Africa saw programming advertisers and sponsors disappear while several of CNBC Africa's planned, broadcast business sessions which are sponsored content, had to be cancelled.

Commenting about CNBC Africa's 13th anniversary, Roberta Naicker, ANB Group managing director, says that "The journey has been a game-changer in the business news genre as the channel has showcased business and economic news on the continent".

"We could not have achieved this without the commitment of the executive team and staff at CNBC Africa who have been the cornerstone of our achievement."

Sid Wahi, CNBC Africa director, says that the industry has evolved over the last decade as both content creation and distribution have radically transformed.

"Although we were the first server-based TV station in sub-Sahara Africa, that was not enough as we had to realign our processes, modernise our equipment, train our staff and consolidate the operation to meet the challenges that we were faced with."

Sid Wahi says that CNBC Africa TV channel distribution had to be addressed as well since it was a major gap in sub-Sahara Africa. After just being available on MultiChoice's DStv in 2007, CNBC Africa gained carriage to further carriage agreement contracts on other platforms as well, for instance China's StarTimes pay-TV platform.

"Covid-19 has been a major test of the channel's resolve." says CNBC Africa. "On one hand news media is considered an essential service, but on the other, there is little support in the form of advertising and sponsorships during this pandemic."

"Like all media companies, we have reached out to a lot of our long-time clients to stand by us during this extremely challenging time. The post-Covid-19 era will herald a new operating model as the experience has catalysed transformation of the business, making it more productive and efficient."

In an interview on CNBC Africa on Monday, Zafar Siddiqi, ABN Group co-founder and chairperson, about the impact of Covid-19 on the TV business said that the channel "has a steady number of viewership who are interested in business news so we generally will not lose them. So, in summary I'd say - uncertainty, again - but we should be out of the storm in roughly 12 to 18 months".
on 12:45:00 PM