Binnelanders on kykNET becomes the first South African TV series featuring a virus-fright story amidst corona pandemic, 'already conceptualised and written in November 2019 long before there was any talk of Covid-19,' says producer Elsje Stark. 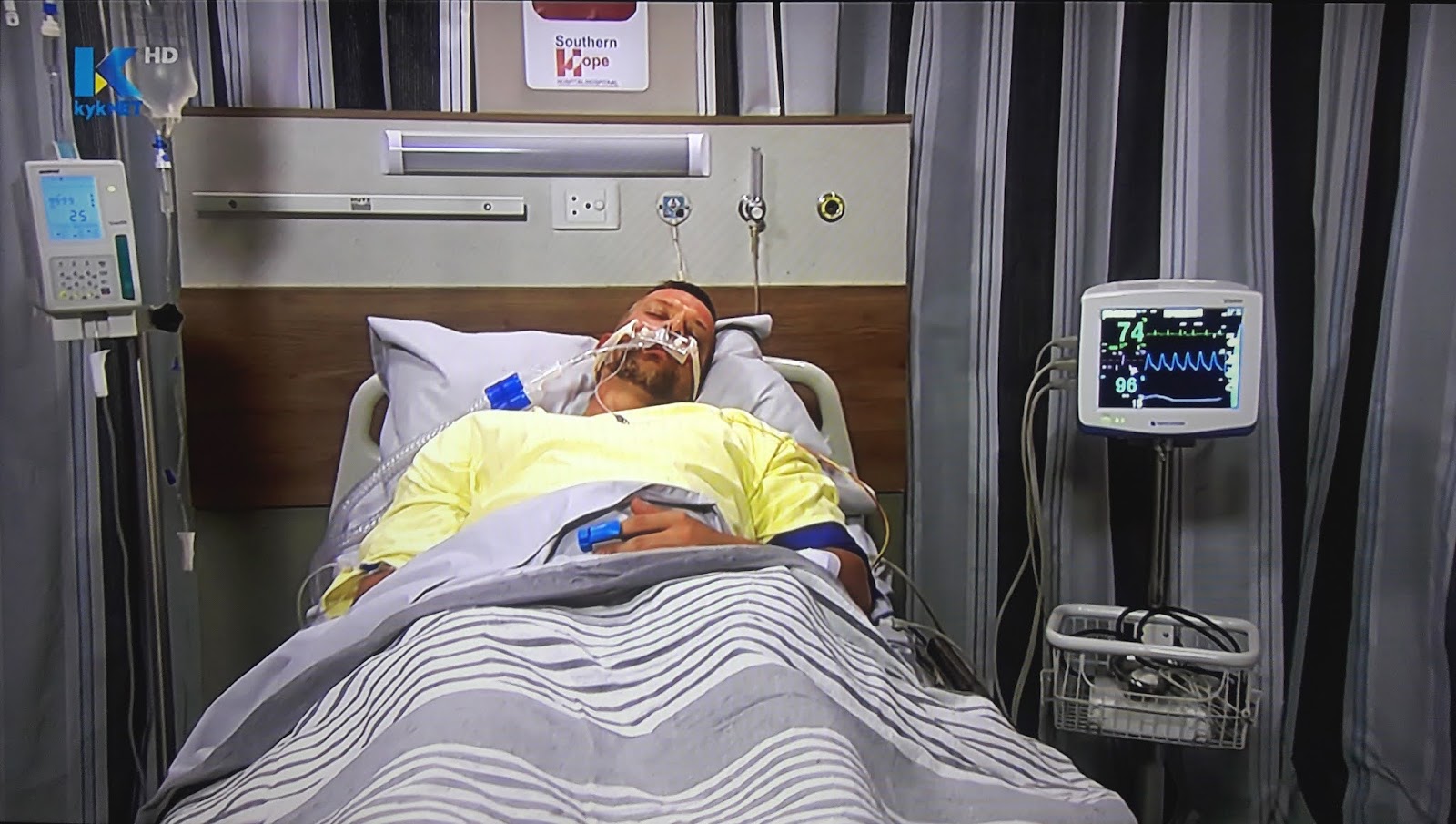 The Afrikaans weekday TV soap Binnelanders on kykNET (DStv 144) is the first of South Africa's locally-produced television drama series to introduce an infectious virus-fright storyline on-screen since the start of the impact of the Covid-19 coronavirus in the country - but it has a behind-the-scenes twist.

The 15th season of Binnelanders starts today, 8 June on kykNET at 19:30 with viewers who have a series record set on their DStv PVRs who will have to remember to set a new series as a dangerous killer virus outbreak arrives in the hospital corridors of the Binneland and Southern Hope hospitals.

Binnelanders is the first local South African TV series incorporating a fictional, deadly disease impacting its on-screen characters after the arrival of Covid-19 in the country that saw South Africa's TV and film industry shutter for 8 weeks since late-March and that only stutteringly reopened since May with the loss of thousands of jobs.

Binnelanders started filming again on 1 May along with several other of the local weekday serialised dramas seen across the various channels of MultiChoice's pay-TV service in the country.

Interestingly, the show's killer virus story was already written in November 2019, long before the Binnelanders writers room knew about anything like Covid-19.

The former Top Billing presenter, Jonathan Boynton-Lee, in a cameo-role, contracted the unknown virus and brought it to Binneland and died while a patient at Southern Hope also already succumbed to the same dangerous disease.

From Monday kykNET subscribers will see it spread threatening the lives of more characters, including the paramedic Danny (Bradley Olivier) and others - some of whom might die - and with the risk of becoming an epidemic.

According to Elsje Stark, Binnelanders producer, the scriptwriting team conceptualised and wrote the story in November 2019 already "and because we record episodes months before the actual broadcast date it's purely coincidental that this virus story is broadcast amidst the Covid-19 pandemic," she says.

The virus story will play out on TV screens over the course of the next 3 weeks. "More than one Binnelander's life comes under threat," says Elsje Stark. "The virus has the potential to become an epidemic and the resulting tension between Binneland Kliniek and Southern Hope reaches breaking point."

"Of course the series lends itself to stories with a medical background," she says. "It was already conceptualised in November 2019 and written long before there was any talk of Covid-19. And because recording takes place months before broadcast, it's really just a coincidence that viewers are seeing this story now."

Asked how the Binnelanders production team reacted when Covid-19 arrived after the viral outbreak story was written, Elsje Stark says "the production team just looked at each other in utter surprise and realised that here is now a classic case of 'life imitating fiction' ".

In other upcoming Binnelanders storylines viewers will see Louis (Germandt Geldenhuys) unveil a new nighttime hangout after Nagskof was burnt down in April.

René's (Simoné Nortmann) life is going to change after her injury, and Rian (Erik Holm), Conrad (Hykie Berg) and Ingrid (Michelle Botes) will have to decide where their loyalties lie when Elana's (Ilne Nienaber) research proves to be a threat to both Binneland Kliniek as well as Southern Hope.
on 9:39:00 AM