TV REVIEW. Netflix's Cape Town-set youth series Blood & Water is a shallow déjà vu but the teens will splash in it. 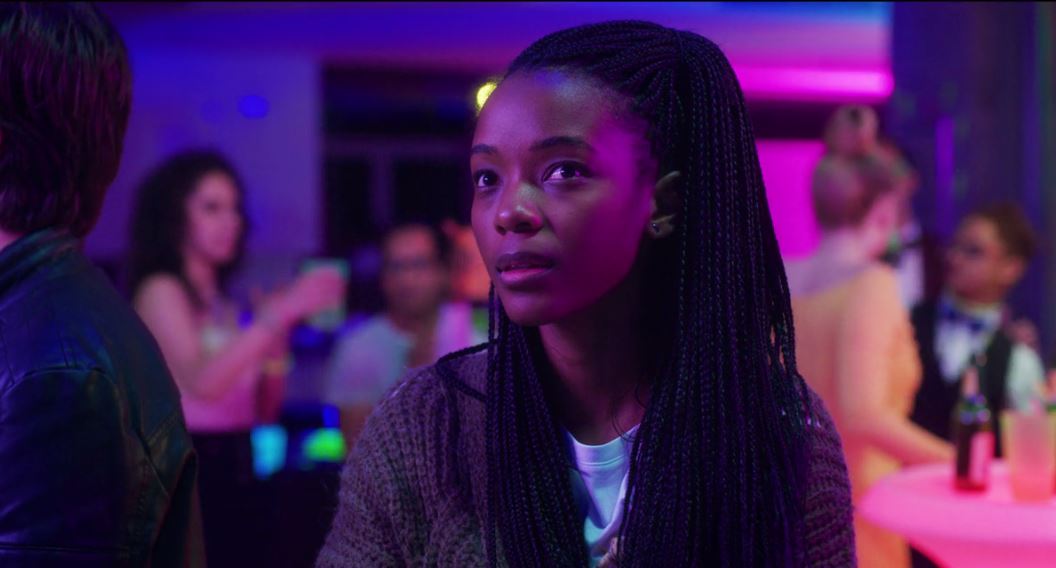 You know what they say about the kiddie pool: The water's warm.

Blood & Water, the 6-episode South African series from Gambit Films releasing during the global Covid-19 interregnum remains at the all-too-familiar and shallow end of the content youth genre pool where it's safer - with some splashy drone-shot visuals and a CW network-type story that its older teen audience will likely be more than fine with.

Following after Queen Sono as Netflix's second commissioned Netflix Original for Africa, Blood & Water is an achievement in existence for South Africa's TV industry but disappointingly never enters a new or deeper side of the pool to break bigger waves.

It doesn't swim out further than where pay-series like ELITE, The Girl from St. Agnes and the well-done Grassroots, from Clive Morris Productions seen on Mzansi Magic (DStv 161) and Showmax, have already gone before, but it does bring another Cape Town-lensed high schooler drama to an international audience.

Stocked with all-too-familiar TV tropes and aptly done teen-emo mood music to suit, Netflix's Blood & Water borrows a lot for its teen melodrama scripts from the real-life tabloid headlines of the kidnapping of Zephany Nurse.

Zephany who was abducted in 1997 from the Groote Schuur Hospital in Cape Town, grew up with people she believed were her "parents".

Older people in real-life would already have read over months in the YOU and People SA magazines all the uncanny twists and turns.

In TV form however Blood & Water - executive produced by Bradley Joshua, Nosipho Dumisa, Daryne Joshua, Travis Taute and Simon Beesley, with Nosipho Dumisa also directing, gets a C- with its youth audience that will likely be unperturbed about the roughly inspired copy-and-paste story.

They will probably find the Blood & Water story about a sister looking for her sibling who was abducted 17 ago a novelty.

It's difficult not to see how Blood & Water doppelgänger-ed a lot of what came before it if you've already seen streamer series like Spain's ELITE on Netflix and then The Girl from St. Agnes from MultiChoice's Showmax that went before it - along with a scenic set design déjà vu from Netflix's The Kissing Booth that was also done in Cape Town and even using the same film locations like Camps Bay and the University of Cape Town.

While the Blood & Water script, acting and set design at moments seem to hint at deeper plot promise, character layers as well as symbolism that will later be explored, it frustratingly never arrive.

Instead, the show leads the audience through a rushed and mostly shallow 6-episode paint-by-numbers story with some pacing issues in the first half that improves in the last few episodes.

"If I didn't think I'd be much happier" - a quote from Sylvia Plath - flashes within the first few seconds of the opening episode. Instead of foreshadowing any deeper bildungsroman theming, character-building or symbolism it is a prescient warning about how to approach Blood & Water as you watch it.

Towards the end when one character says ""It's just high school drama. It will blow over" the meta-remark comes too late.

Honourary mention goes to Ama Qamata as the ingénue Puleng thrust into the make-believe world of Llandudno where teen house parties apparently come with a bouncer.

A stilted Ryle de Mornay should have spent a lot more time with a dialogue coach. His delivery is flat and unconvincing as this series' obligatory teacher who is having the affair with a student. It's dangerous to cast "sexy teacher" on looks alone.

The acting of a clearly too-old-for-high-school Arno Greeff in the role of bisexual Chris also needs a lot of refinement - one of many one-dimensional characters who are introduced but of whom the backstory, motivations and side-arcs are simply largely left unexplored. 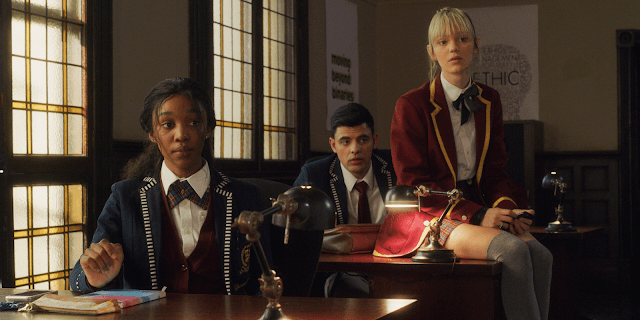 The lighting overall gets high marks with attention to detail and the camera angles that will be used - ranging from difficult to lit club bathroom scenes, to light-falling-through-the-window half-profile illumination.

Script-wise the 6 episodes feel rushed with a lot of character motivation never explained. What seems like it might become new plot points are started but not further developed.

Several unrealistic scenes throughout the 6 episodes, as well as set design mistakes will, again, probably not bother the younger crowd but they do detract from Blood & Water's authenticity.

Besides the poor teachers' cars, private schools like the fictional Parkhurst College actually have rows of SUVs parked outside. South Africa doesn't do American-styled school-staircase media briefings, and not even private schools have flanked banner flags outside the front door.

At no school newspaper or magazine will the kids ever be able to publish anything without strict prior teacher editorial oversight first but it happens in Blood & Water because it's needed to advance the plot and character conflict.

One hopes that after Ted Sarandos, Netflix's chief content officer, and new-hire Dorothy Ghettuba, who leads African originals at Netflix, toured South Africa as the streamer's latest outpost earlier this year in which they want to produce more original content, that they will be mindful in focusing on commissioning projects that make South Africa and Africa shine in unique stand-out series instead of programming that's more additive in nature.

Netflix Originals for Africa should be "Original" - new stories, on a canvass with Netflix budgets resembling what's given to other regions.

It should be projects that showcase Africa, projects that expand and go further than content that had already been done; projects that tell a story in budget and scope that existing pay-TV in South Africa and Africa can't or won't.

Blood & Water is fine but there already exists enough of this type of story. Netflix that has more than adequate lung-capacity can and should go jump in, and dive deeper, into a bigger story pool.