SABC now spends almost double on paying staff than on content - 40 cents out of every rand compared to 28; says its revenue is already R1.5 billion under budget because of debilitating impact of Covid-19 as advertisers withdraw ad spend. 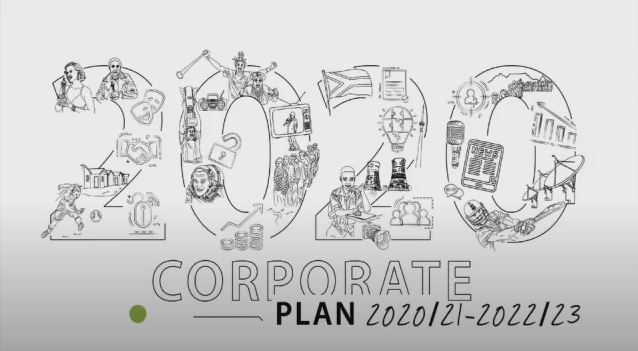 With the SABC spending almost double on the salaries of its bloated staff complement than on content - 40 cents out of every rand to pay personnel compared to 28 cents per rand on content - the SABC is already R1.5 billion under budget in terms of revenue because of Covid-19 with SABC TV Licence income that has significantly dropped in April since the collections team wasn't working.

Before Covid-19, SABC bigwigs have also started meeting with organisation and ad agency execs and buyers to understand their frustrations, and planned a series of local content commissioning briefing roadshows which have now been scrapped but that the SABC will try and do online.

SABC board chairperson Bongimusa Makhathini and SABC CEO Madoda Mxakwe gave parliament's portfolio committee an update on its corporate plan for 2020/2021 on Tuesday night which the public broadcaster said will have to be revised because of the debilitating impact of the Covid-19 coronavirus.

On the R3.2 billion bailout money that the SABC got Bongimusa Makhathini said that "as we stand today we don't owe anybody, we've settled all the debt other than Sentech where we've made some arrangements with them".

"The bailout money has not been used for salaries or to pay salaries because payment of salaries funded from operational revenues that we generate."

The SABC plans "aggressive investment in content" and says that signal distribution costs through Sentech, as well as the massive payroll because of staff salaries "remain major expenditure drivers that require optimisation".

Before Covid-19 hit, the SABC expected an operating loss of R430 million for the 2020/2021 financial year - a number than might likely be higher because of the loss of advertising income this year.

On how Covid-19 has impacted the SABC, the broadcaster said "we had to displace our normal programming to make way and to create space for government to communicate and to ensure that the general public get the updates that come from minister and government in general."

"In us doing that we had to displace our normal programming which meant we had lost advertising revenue and we could not do what we normally do to generate what we expected to generate. As a result of that we anticipate that we're going to have a shortfall of roughly R1.5 billion to R1.6 billion. This is as a result of us giving our airtime as the SABC to increase public awareness."

"When we talk about that R1.5 billion shortfall, it is as a result of us playing our role as a public broadcaster in making sure that we increase the levels of awareness when it comes to the issue of Covid-19."

"With Covid-19 a lot has changed in the world of business and as the SABC we also need to embark on a process to look at fit-for-purpose structure and make sure that our operational model talks to the realities that we face as the SABC today."

Madoda Mxakwe, SABC CEO, said "very key for us is the need to increase audience ratings and this links to the fact that part of the money that we've received from the bailout is towards the acquisition of compelling and fresh content. The other key issue is the need to move into the digital space as far as broadcasting is concerned.

"One of the ways we try and ensure that we drive revenue is to have a diversified system of revenue streams and there's a lot in as far as TV channel carriage deals are concerned, as well as deals and partnerships with various telecommunication operators so that they could be able to carry some of our premium content."

"In television the focus is to grow audiences through the acquisition of fresh, compelling content which is linked to why in the first place we got the bailout. The focus there is on increasing audience ratings as this will help us to improve our revenue generation efforts."

He said Covid-19 will lead to the SABC having to reassess some of the budget assumptions for the corporate plan.


Huge drop in advertising income
"There is a huge drop in our revenues due to this pandemic and this is also amplified by the fact that 85% of our revenue is generated from advertisers and those advertisers have cut their budgets for this year which puts us in a very difficult position. This has impacted our revenue projections for this fiscal," said Madoda Mxakwe.

"Many of our clients have withdrawn their advertising spend, either to redirect those funds to assist within their efforts to curb this virus or because they're concerned about the return on their investments as they're not able to trade during this period."

"The projected losses in terms of revenue already stands at about R1.5 billion and this is a very conservative number."

"The shutdown of production houses also delayed the plans for us to get the required fresh content in order to increase our audiences as well as revenue. But the good news is that our products are now open and obviously strictly adhering to the regulations." 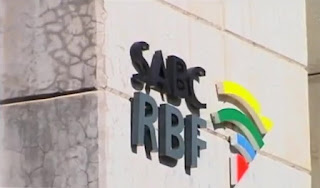 Local content co-production, virtual content briefings
"Currently local content commissioning comprises 90% of the annual SABC spend on television content and just during this year we will be exploring options of co-productions to both improve the quality and to reduce the production cost of content," said Ian Plaatjies, SABC COO.

"We will also conduct content briefing roadshows - in fact that was planned for April and May 2020. We will have to now resort to doing that virtually. In these sessions, we will be sharing our content intents and strategies with the local industry and we will be exploring synergies with them."

"The SABC wants to respond swiftly to the needs of our audience and we have demonstrated this by launching a new learning channel on the digital terrestrial television (DTT) platform in record-breaking time."

"This was in response to Covid-19 and in collaboration with the department of basic education. The SABC has set up an education studio and enabled online teaching."

"For April and June we have waived our advertising cancellation fees. We have repackaged our content and have developed enticing value propositions around carriage and content deals the first of which was actually signed today [19 May 2020]."

"From a sporting perspective it has been a loss-making business up until now but we are developing new creative ways of rapidly turning this line of business around, for example not paying excessive prices for sporting rights and we have already demonstrated that this year."

"Our news mandate costs us R740 million per year, sports rights and related production costs come to R336 million a year - both these mandated costs go largely unfunded and despite the various initiatives to reduce it, remain problematic to monetise and often times we remain compelled to broadcast sport of national interest."

Without Covid-19 the SABC expected an operating loss of R430 million for the 2020/2021 financial year and "the main contributors would have remained the unfunded mandates of sports, news and selected bloated expenditure items".

"Clearly the world as we've known it has undergone material changes," she said. "Revenue is expected to be 25% down or upwards of R1.6 billion and we believe it is very conservative, and yet our expenditure is only down by about 10%."


Auckland Park headquarters relook
About property and selling off non-core assets, Yolanda van Biljon said that the SABC has sold its London house and will still sell the farm the broadcaster owns.

"It's fair to say that events in the last two months have made us rethink in general around how we approach bricks-and-mortar and whether it's worth it. As such there are discussions that have started - in fact in February already around something like the Auckland Park precinct but it is very much in its infancy at this time."


SABC TV Licence fee income plunges in April
"On SABC TV Licences in April our revenue took a significant knock, firstly because we were unable to function the team that does the collection is under Level 5. But the population because of the uncertainties and pressure on their liquidity were unable to necessarily meet their obligations."


Has stopped fighting
"On litigation, it's worth mentioning that the number for all legal fees, the number is more or less for the past financial year R22 million. It is a nearly 50% reduction on the previous financial year. So at least it is progress in that respect," said Yolanda van Biljon.
on 11:27:00 AM