INTERVIEW. The most important woman of The Bachelor SA on M-Net speaks: Marc Buckner’s mom Jenny on her son, his passions and trekking with him through the jungles of Thailand.

Besides the beautiful women in the show, there’s another extremely important woman in the life of Marc Buckner, the hunky bachelor of the second season of The Bachelor South Africa on M-Net: His mom, Jenny.

With the remaining two women who will now get the opportunity to meet Marc’s parents in the penultimate episode, we asked Jenny about her well-travelled son – someone she probably knows better than anyone else – about what Marc’s looking for, how her son was growing up, and what she thought when he wanted to become The bachelor in the show.


What did you think of Marc's willingness to become the bachelor and try and find love in a TV show like The Bachelor SA?
Jenny: Initially I was very apprehensive.
One has to be extremely brave to put yourself out there and to put your life out there. But after giving it much thought, I thought, maybe, who knows?  Maybe this is Marc's opportunity to find the woman of his dreams.
So his dad and I both eventually sat down and said well, this is Marc's journey, this is Marc's decision and we will support him and whoever he chooses - if he chooses someone.


What are the things that Marc is looking for in someone to love?
Jenny: Someone sharing the same interests.
He would like someone to travel with and also somebody who's true to themselves because Marc is very true to himself. And a happy, trusting person and mature. What do you think helped with Marc's maturity - all the travelling or what did you instil in him as a parent?
Jenny: Marc has been mature for his age from a very young age.
He's spent so many years overseas but would be back for every family commitment because Marc's very family-orientated as well. But he has travelled the world extensively since he was very young and I think that contributes to that.
He's had a very good role model in his grandfather as well. He's very similar to his late grandfather as well, they both had a love and passion for property, for investing, for building. They used to sit for hours on the phone chatting about things and just in general about life.

He's your only child right. Can you talk a bit about how he was as a boy?
Jenny: Intelligent. Witty. He would spend most of his childhood years either in water or in the mountains - always with animals. He's a huge animal lover, the whole family is.
And growing up as a teenager I think he came more into himself, and in connection with dating [she laughs] I think he left that till quite late in life. He was too busy exploring and climbing mountains!


At what age did the male modelling work come about and how were you involved as a mother and guardian? How did it start and what advice did you give him and what did you think when he entered that industry?
Jenny: He started off with the modelling when he was very young - I think he was about 17 as he also did travelling. Then again, we gave him all the support that we could. It was a wonderful opportunity with all of the destinations that he was able to travel to. And of course anything Marc made financially, went straight into investing. Marc has been like that since he was about 12 years of age. We gave him all the support we could because he's an individual and if that's his choice we must support him.

What is Marc's best characteristic and what does Marc do that you don't like at all?
Jenny: His best I would say is that he is true to himself and he has been like that all his life.
If there is something Marc does not agree on that goes against his grain he will stand his ground. That for me is the most fantastic quality that he has.
He will tell you himself that something that irritates me is that Marc is so spontaneous.
If he wants to do something - I think you know I've travelled with him - I've experienced travelling through the jungles of Thailand with Marc, and he will just say to me "okay, we're going to do this", "can't you do that?" and "don't worry, I'm there to support you I will never let anything happen to you" and he's just extremely spontaneous and sometimes that does scare me a little bit. [laughs] 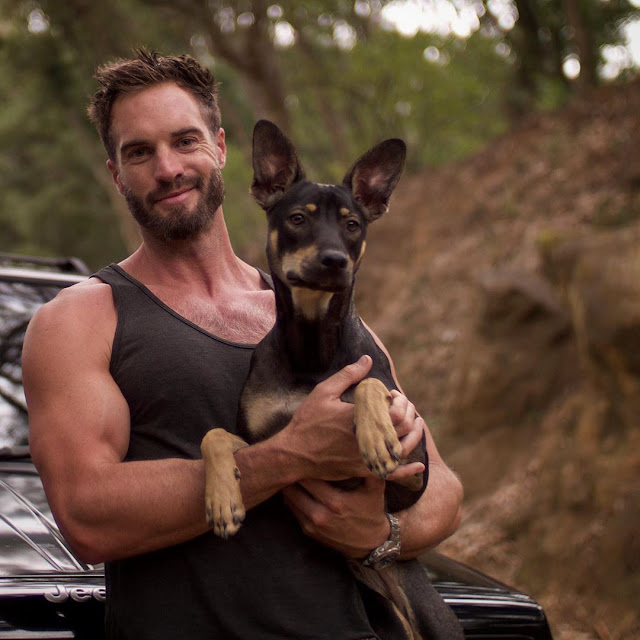 Did you give him any advice before The Bachelor SA started about women and the process of dating on TV?
Jenny: No, never, never. I've never interfered in any of Marc's relationships. I believe Marc knows exactly where he's going, he's an adult.

With what has your son surprised you the most so far in his life?
Jenny: The way he has turned out the way he has. Such an awesome, wonderful human being who I am very, very proud of.