Coronavirus: e.tv makes South African television history with the country's first done-from-home TV news bulletin broadcast as anchor Annika Larsen tells viewers 'We feel that you're family, and so you're welcome into our living room'. 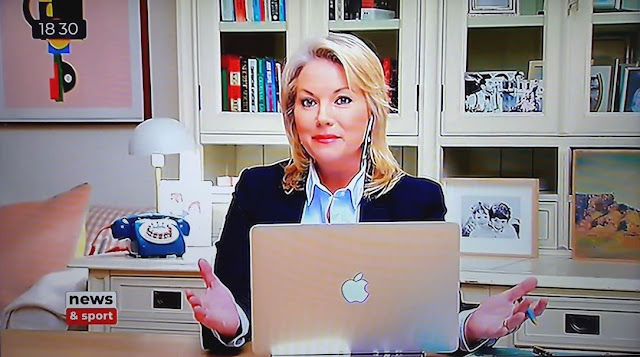 e.tv made South African television history on Monday evening when the free-to-air commercial TV channel - forced through the abrupt shutdown of its Cape Town building and studio last week because of Covid-19 - did the country's first TV news bulletin broadcast done from home with anchor Annika Larsen who welcomed viewers to her home just as her dogs interrupted and started barking in the background.

This footnote to South African television history endearingly included a dog that first barked and later made a quick appearance on-screen during the bulletin.

On Wednesday last week eMedia Investments' Cape Town building in the Zonnebloem suburb was shuttered for a deep-clean after the untimely death of cameraman Lungile Tom who worked for etv News, eNCA (DStv 403) and eNuus. Over 70 staffers were forced into self-isolation for 14-days and quarantined at home.

While e.tv's broadcasts temporarily shifted to simulcast the eNCA channel feed on e.tv during news timeslots, the etv News team started working on a technical plan to have the nightly bulletins originate from a makeshift home "studio". 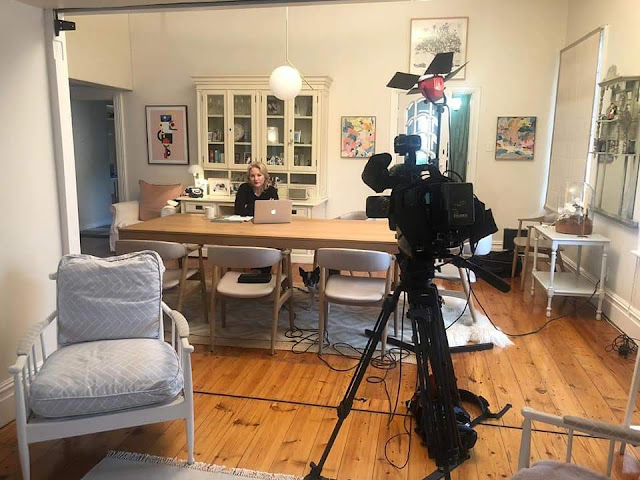 As her dogs started barking on Monday night, Annika Larsen sitting at her dining room table welcomed viewers framed by her white credenza and a fashionable blue old rotary dial phone visible in the background, saying "As you can see, we're doing things a little differently right now".

"I'm coming to you from my living room, you can hear my dogs are barking outside and going berserk at something, which is just horrendous, but welcome to my home; my dining room".

"You are watching etv News but things are going to be rather different tonight. We, like many South Africans at etv News and Sport, have been affected by Covid-19 which is just a stark reminder that no-one is immune to this pandemic," said Annika Larsen.

"Tragically last week we lost a staff member to Covid-19 and our studios in Cape Town which is where we broadcast from had to be closed to be disinfected. So we've been thinking - scratching our heads for the past few days on how we can still bring the news to you."

"We've had producers, IT departments, cameramen, everybody all at home including the technical team. But we came up with a plan: We're going to bring you the news from home. As you can see, we're doing it tonight from my living room."

"This is a first, not just for us, but probably for South African broadcasting too, and things aren't as smooth as they always seem. You can hear dogs barking in the background, we might have some sort of technical glitch - we're really going to need you to be patient with us," said Annika Larsen.