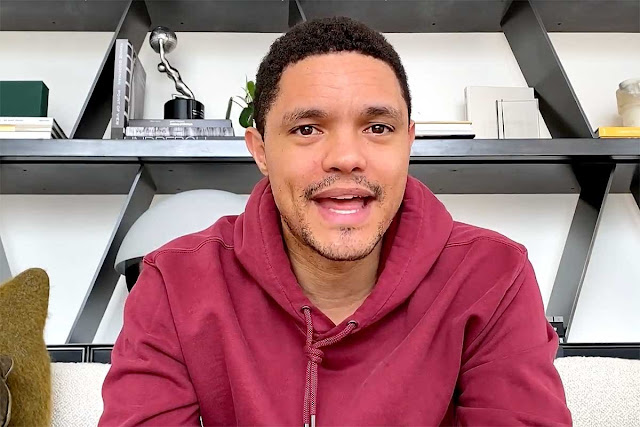 Comedy Central and Trevor Noah have announced that he will now be doing The Daily Show with Social Distancing on the channel from today.

Episodes in South Africa run on Comedy Central (DStv 122) a day later, with the change in the show's title coming as the late-night show shuttered its New York studio and in-studio audience because of the growing Covid-19 novel coronavirus pandemic in the United States and globally and with Trevor Noah doing the show from home.

"Following the recent production shutdown of all late-night shows amid an escalating Covid-19 pandemic, Trevor and his team are successfully producing and distributing a version of Comedy Central’s late-night franchise remotely," says the channel.

"During this time, Trevor and all of his producers, writers, editors and directors are doing their part to flatten the curve by working from home."

"Over the course of the past week, fans have been treated to three different nightly instalments of The Daily Social Distancing Show through the show’s digital and social channels."

"Moving forward, the daily episodes will air on Comedy Central’s linear channel as well as on the series' social channels," says Comedy Central.

This past week Trevor Noah covered an Italian success story, the closing of the border between America and Canada, America’s governors taking matters into their own hands amid president Donald Trump’s misinformation and American spring breakers in Florida insisting on partying.

Meanwhile The Daily Show correspondents Roy Wood Jr. and Jaboukie Young-White have all checked in from their own living rooms while Trevor gave viewers an inside look as he prepped for self-quarantine, singing from his balcony and cleaning his home.
on 9:32:00 AM