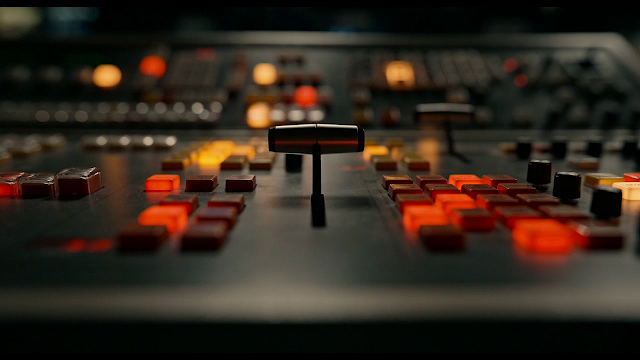 Shut down the TV industry. Shut down your TV show now. South Africa's Independent Producers' Organsation (IPO) is calling on production companies and their TV shows and films to protect their crews and casts and to urgently switch off the studio lights as the Covid-19 coronavirus rapidly spreads in the country.

Paralysed by a sense of fear over how to properly address the spread of the virus but also of running out of content, the South African TV industry - largely dominated by broadcasters and pay-TV services like the SABC, e.tv, MultiChoice and M-Net - have been slow to react to order the total temporary shutdown of their flurry of locally-produced shows and weekday soaps.

Besides handing out hand sanitser, limiting visitors, turning shows into closed sets and disinfecting studio lots, little has changed while the cameras continue to roll on sets at South Africa's major film studio complexes in Cape Town, Johannesburg and Durban where the country's large daily serialised drama series are filmed with crews and casts over 100 people and on-screen talent appearing in scenes interacting closely with each other.

Meanwhile the management of Ster-Kinekor and Nu Metro have decided to keep their movie theatres across South Africa open while countries like the United States, United Kingdom and multiple other countries have shuttered theirs in light of the expanding global pandemic.

"Action is required TODAY to reduce the exponential risk in virus spread," the IPO urges in a strongly-worded statement.

"Many of our members are battling to formulate the right action with regards to projects already in production or about to start production."

"We are all mindful of the fact that we are potentially putting a large amount of people at risk by continuing to shoot, and that we might participate in the exacerbation of this national and worldwide health disaster by not containing the spread of the virus," says the IPO.

"At the same time, we, as producers, are responsible for the jobs of thousands of our freelance cast and crew, and are also very mindful of the economic implications of suspending or cancelling a shoot."

"In addition, in the vast majority of cases, legal liability would ordinarily rest with the producer. We are therefore the ones bearing the brunt of the risks – financial and otherwise, if we continue with a film or TV shoot in order to honour our commitments to broadcasters and clients despite the current pandemic, or if we suspend it to protect the lives of our people and find ourselves in breach of our contractual obligations. We are therefore caught between a rock and a very hard place."

The IPO says that it has engaged with South Africa's broadcasters to obtain guidance from them since most local productions are commissioned programmes where broadcasters have the final word on what they do. "So far they have not come back with a clear policy," says the IPO.

"Heeding president Cyril Ramaphosa's call to do everything in our power to stop this pandemic and save lives, acknowledging what the rest of the world is doing and the ensuing suspensions of all foreign productions in the country, the IPO's executive committee has decided to recommend that all our members suspend their ongoing production or delay any imminent production, and inform and consult with their lawyers, their channel chief executives and business affairs as to the best way of implementing their decision."

The IPO is also writing an urgent memorandum to all the broadcasters, as well as the department of health and the presidency to outline the specific challenges faced by the localTV and film industry to ask for an urgent all industry response.


Broadcasters scared of running out of content
The IPO says "all broadcasters have the same anxiety. This is that they won’t have enough material or new material to show and this would cause them a drop in ratings and consequent financial harm".

"But we believe the industry needs help to do the right thing, to protect the cast and crew’s health, their loved ones and minimise the impact on their financial well-being."

"We will recommend that broadcasters must take responsibility for cushioning some of the economic impact by providing support on halted productions to cast and crew during this unprecedented crisis."

"We are immediately calling for urgent meetings with all stakeholders, including the SABC, e.tv, MultiChoice, other broadcasters and platforms, as well as the National Film and Video Foundation (NFVF), the department of trade and industry, the Industrial Development Corporation (IDS) and department of arts and culture, to coordinate our actions, with the aims of limiting the immediate impact of this crisis, and allowing our industry to come back stronger when this national crisis is over," says the IPO.

"We are also taking steps to secure the pro bono services of labour and entertainment lawyers to assist our members as they have to face these huge and never-seen-before challenges," says the IPO.
on 7:10:00 AM