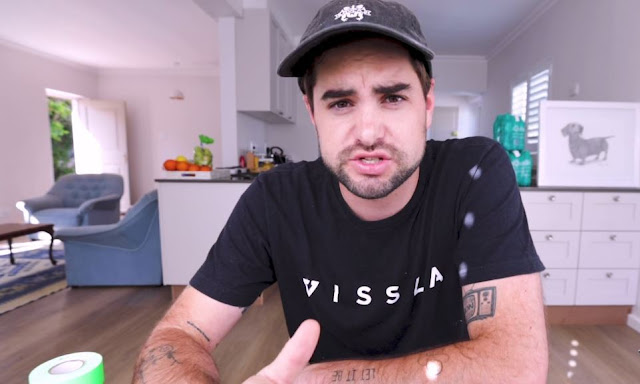 The Cape Town film director Dan Mace (30) says he has tested positive in South Africa for the Covid-19 novel coronavirus that is rapidly spreading through the country.

Dan Mace received his results on Saturday in Cape Town and is now in self-isolation with his fiance in their home in Cape Town.

Over the weekend Dan Mace in his latest YouTube video revealed that he has Covid-19 and tested himself after he attended the Bazique music festival in Paarl last Sunday.

He is the 67th confirmed case of Covid-19 in South Africa after he flew back with Emirates airlines from LA through Dubai to South Africa.

The vegan Cannes-award winning filmmaker says he started feeling ill on 19 February while he was in Los Angeles. Doctors in LA asked him if he had visited China and after he said no they suggested that he likely just had some other illness.

In his video he describes the symptoms he had for several days.

"On 21 March, the day that I was supposed to get married, which obviously was postponed and for the best reasons possible - but on that afternoon my doctor phoned me and told me that I have tested positive".

"I have not shown any symptoms since being ill in the States other than of course the loss of taste and smell," he says.

"I'm just hoping that my story can somehow help others out there and in the meantime I'm in isolation in house in Cape Town for the next 14 days with Gaby and with Joey (dog)".