Sky News marks the 200th anniversary today of the discovery of the icy continent with a documentary special, A New Climate: Antarctica. 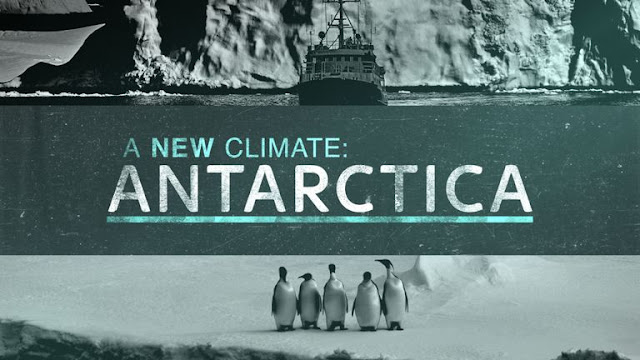 It has lost three trillion tonnes of ice over the last 25 years. Half of that has been in the last five years.

To mark the 200th anniversary of the discovery of Antarctica today, 27 January 2020, Sky News (DStv 402) will be broadcasting the documentary A New Climate: Antarctica on Monday (time(s) not known).

The first recorded sighting of Antarctica was on 27 January 1820 by the Russian naval officer Fabian Gottlieb von Bellingshausen. He spotted an ice shelf on the Princess Martha coast. Three days later a British expedition led by Edward Bransfield sighted land on the Antarctic Peninsula.

In A New Climate: Antarctica, which once again doesn't show up on MultiChoice's DStv Guide which makes it impossible to set a reminder or a recording on a DStv PVR, Sky News' science correspondent Thomas Moore travels to Antarctica to investigate how climate change is affecting this remote continent.

Antarctica faces a growing threat from fishing and mining as its ice melts and the world's population swells.
on 12:24:00 PM