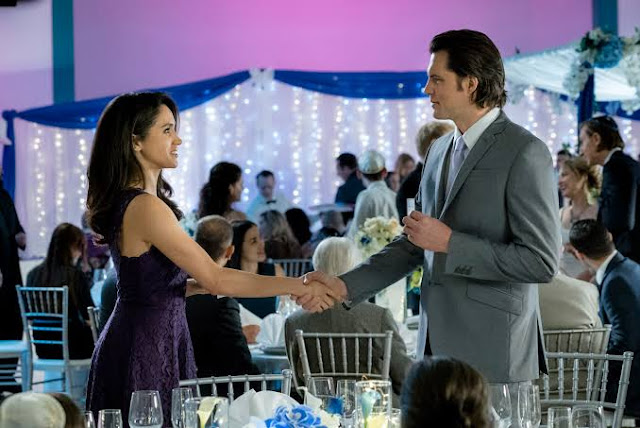 With the drama and upheaval surrounding Prince Harry and his wife Meghan that the British tabloids labelled "Megxit", the SABC has jumped to schedule a rom-com starring Meghan Markle with Dater's Handbook that will be broadcast on Saturday afternoon at 16:00 on SABC2.

The channel's schedule shows Dater's Handbook supposedly airing at 16:00, although the on-air promo showing and saying 21:00 as the starting time, so try and tune-in to check at both times or set recordings for both film timeslots on Saturday.

In the Hallmark Channel Original film from 2016 that was part of the TV channel's Valentine's Day week line-up, Cassandra Brand (Meghan Markle) plays a successful business woman that appears unsuccessful in her personal life.

She then decides to try the so-called "Dater's Handbook" of the relationship expert Dr Susie at her sister's encouragement and dates several guys to test the process. In the end she must choose between reliable George (Jonathan Scarfe) or the fun-loving Robert (Kristoffer Polaha).

Dater's Handbook is Megan Markle's final film before she retired from acting prior to her marriage to Prince Harry in 2018.