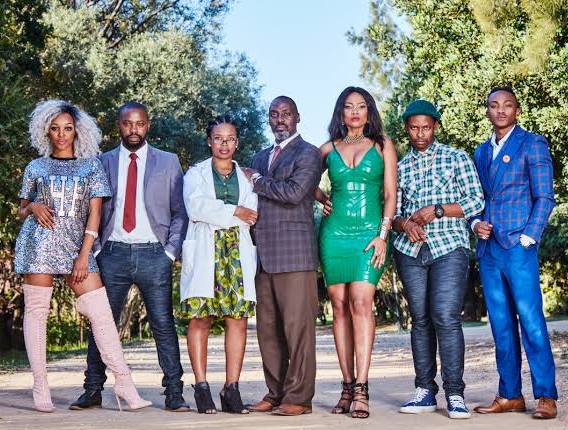 The local supernatural drama series produced by Herbvision Multimedia and The Ntintili Factory pulled a meagre audience during its 5 and a half months on-air and failed to make the top 20 most watched shows on e.tv during any time or any month of its short run.

The last episode of Isipho was broadcast on e.tv on 19 December 2019 which turned out to be the series finale.

Isipho that started in July 2019 on the channel in the hugely competitive timeslot against SABC1's popular Skeem Saam, was supposed to run until at least June 2020.

e.tv didn't explain why Isipho, filmed on Mulderdrift in Gauteng, was cancelled but Marlon Davids, e.tv managing director says it was a "mutual decision" between e.tv and the producers to can the show.

"It is with sincere regret that we end a locally produced drama series; however, following lengthy discussions with our partners, the decision was made to end the series. e.tv continues to look forward to fulfilling its mandate of producing exceptional and relevant local content," says Marlon Davids.

Herbert Hadebe and Busisiwe Ntintili, Isipho co-executive producers, say in a prepared statement that "This has been an amazing and breath-taking journey for us as independent local producers. The opportunity to tell stories that uplift South African audiences and create employment for South African families is our mission".

"This fantastic experience has given us, as young companies, great courage to continue with the vision of upskilling our people and contributing to the growth of our film and television industry."
on 12:36:00 PM