BBC News announces it will get rid of 450 staffers in newsroom restructuring as the BBC plans to cover less stories, reduce spending on investigative reporting and journalists will increasingly be 'pooled' together to reduce duplication. 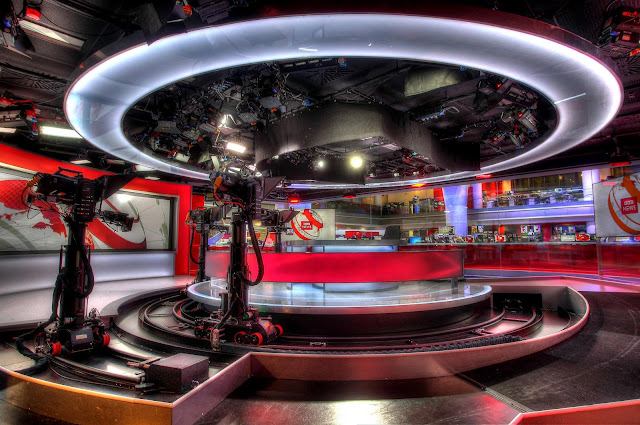 The BBC's BBC News division is preparing to get rid of 450 staffers as part of a cost-cutting drive with the job cuts plan that was announced by the broadcaster on Wednesday.

The job cuts and newsroom restructuring will very likely impact the BBC's global TV news channel BBC World News (DStv 400 / StarSat 400) although it's not yet exactly clear how.

The BBC's Newsnight will axe around 12 positions while production of its in-depth films will be halved and spending on investigative journalism will be reduced.

Fran Unsworth, BBC News director, says "The BBC has to face up to the changing way audiences are using us. We need to reshape BBC News for the next decade in a way which saves substantial amounts of money".

"We are spending too much of our resources on traditional linear broadcasting and not enough on digital."

BBC journalists will increasingly be "pooled" in centralised teams, instead of working for specific programmes to reduce duplication by doing multiple versions of a story for different programming parts.

Fran Unsworth told BBC News staff that BBC News covers around 100 news stories daily across all of its output platforms which is "overwhelming" the public and not reaching audiences.

"Producing fewer stories means we have to be a smaller organisation. Never in my career have I felt this organisation is quite under the threat that it currently is. There are many that believe that how we are funded is no longer appropriate when consumers seem to prefer to pay just for what they use."

"I do need to be honest with you: this organisation has to face up to the changing way that audiences are using us. We have to adapt. We need to create a modern newsroom that is built for the future and not for the past."

"A modern newsroom needs to work smarter. We need to collaborate more and put the BBC News brand first."
on 8:37:00 PM