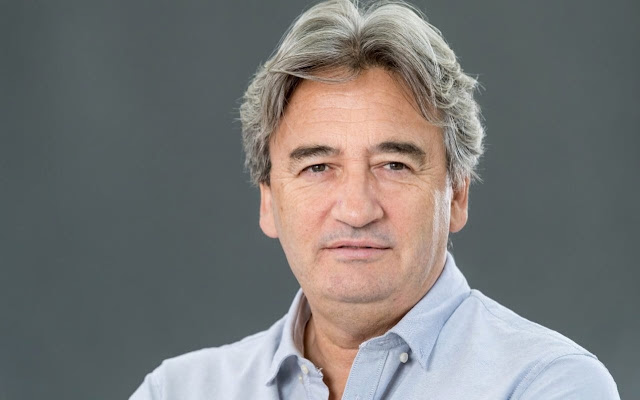 BBC News'Africa editor and correspondent Fergal Keane is stepping down from his editor and reporter role after revealing that he's been suffering from post-traumatic stress disorder (PTSD) for several years.

The multiple award-winning veteran war reporter who was seen on BBC World News (DStv 400 / StarSat 400) covered and reported from multiple international conflict zones for years, including the genocide in Rwanda.

Jonathan Munro, the head of BBC News newsgathering in an email to staff announced that Fergal Keane is leaving his position and that "the reasons behind the decision are personal. For several years, Fergal Fergal has been dealing privately with the effects of post-traumatic stress disorder (PTSD), stemming from several decades of work in conflict zones around the world".

"He has been supported throughout this time by friends and colleagues in News, as well as receiving professional medical advice. However, he now feels he needs to change his role in order to further assist his recovery. It is both brave and welcome that he is ready to be open about PTSD."

Jonathan Munro praised the highly-respected foreign correspondent for bringing "huge insight, experience and thoughtfulness to the role, covering a wide range of different stories across the continent".

Fergal Keane is in discussions with BBC News over a new role "that will enable him to continue to provide original and compelling journalism". He will also "help to "guide and nurture emerging talent in the United Kingdom and around the world".

The Irish Fergal Keane joined the BBC in 1989 as Northern Ireland correspondent and became Southern Africa correspondent in 1990, after which he also became Asia correspondent for the BBC. He was later appointed as BBC News Africa editor.
on 9:20:00 PM