Amazon Studios reveals the cast for its New Zealand set The Lord of the Rings series. 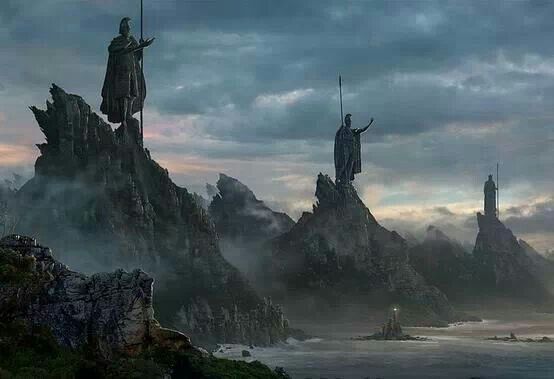 Amazon Studios has announced the multi-generational, and global cast for its still-to-be-named The Lord of the Rings drama series that will be on the Amazon Prime Video streaming service.

Production on the first season of 8 episodes, based on J.R.R. Tolkien's The Lord of the Rings novels, will start in February, with filming of the Amazon Original that will take place in New Zealand where the series of movies were also made. The series has already been renewed for a second season.

"After undertaking an extensive global search, we are delighted finally to reveal the first group of brilliant performers who will take part in Amazon's The Lord of the Rings series," say J.D. Payne and Patrick McKay in the press release.

"These exceptionally talented women and men are more than just our actors: they are the newest members of an ever-expanding creative family that is now working tirelessly to bring Middle-earth to life anew for fans and audiences worldwide."

The series will be set during The Second Age of Middle-earth and explore new storylines preceding J.R.R's "The Fellowship of the Ring."

In March 2019 Amazon revealed a Middle-Earth map that contains the later-sunk "lost island" of Númenor, which indicates that the island and its inhabitants will very likely feature in the TV series.

In the Tolkien mythology, the Second Age was the time period when the Rings of Power - including Sauron's One Ring who himself was still human - came into existence.

In late-2019 a global casting call went out looking for people as extras who are extremely short, extremely tall, missing teeth or are toothless, wrinkled, very hairy, have an "androgynous look" or are stocky, mean-looking bikers.
on 11:25:00 PM