M-Net's Mzansi Magic abruptly backtracks on promises to publicly release the Idols season 15 Top 10 voting results as it promised to do and did in the past. 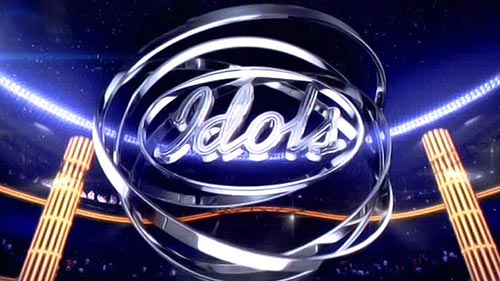 M-Net is abruptly backtracking on its decision to release the voting results for the just-completed 15th season of Idols on Mzansi Magic (DStv 161) with the channel that suddenly no longer wants to release the voting statistics and percentages of the Top 10 contestants as it promised to do.

M-Net, Mzansi Magic and Idols previously released the Idols voting tallies for the Top 10 weeks after the conclusion of a season.

Over 186 million votes were cast during the 15th season, 36 million of which during the last week, which were both new series records.

Shirley Adonisi, acting Mzansi Magic channel head, as well as Gavin Wratten, Idols co-executive producer at [SIC] Entertainment producing the singing reality competition, again promised at the post-finale press conference of the 15th season that the Idols voting results will be released publicly after the conclusion of the season.

The 15th season, won by Luyolo Yiba, was once again mired in controversy with scandal that swirled over alleged "vote rigging" after the Top 10 Idols contestant Virginia Qwabe was eliminated for having the least number of votes.

The elimination of Virginia saw her twin Viggy Qwabe quit the show during the same episode amidst a behind-the-scenes physical fight and altercation with a Mzansi Magic publicist that saw police support called in.

Angry supporters of Viggy and Virginia Qwabe claimed that vote tampering was happening and demanded that independent auditors re-audit the votes.

At the post-finale press conference, Gavin Wratten was asked what Idols is going to do to improve the credibility of the voting process under the public.

"Mzansi Magic handles the voting with auditors and we've been doing it the same for every season and it's a really well-controlled, well-done process. All of the results will ultimately be made public," Gavin Wratten promised about Idols season 15's voting results at the press conference.

"I don't think there's a better way to do it. It's totally above board. What's interesting though is that generally everybody is very, very happy with the voting process until they get voted out. To put the authenticity of the voting process in question because you went out is unfair," Gavin Wratten said.

Shirley Adonisi and Gavin Wratten were asked during the press conference why Mzansi Magic and Idols don't release the specific weekly voting results publicly after episodes. They said they always do it after the conclusion of a season in order not to spoil or influence the voting process.

"The reason we don't put it out during the competion is because we don't want to disadvantage a contestant," Gavin Wratten said. "If we put it out and said 'This week so-and-so has got the least amount of votes', people might go "I won't vote' but maybe they had a good performance and could have gotten a lot of votes."

"Likewise if we say who's in the lead, people go 'Ag, I don't have to worry about them because they're in the lead'. That is why traditionally on Idols and worldwide they don't show the percentages during the production but then afterwards Mzansi Magic releases the audited results."

Since last week Thursday and for the past week Mzansi Magic was asked repeatedly in multiple media enquiries for the usual voting statistics breakout and percentages of the Idols Top 10 contestants that Mzansi Magic promised would be released and that was released afterwards in the past for previous seasons.

Philly Kubheka, Mzansi Magic spokesperson, suddenly backtracked on the release of the season 15 Idols voting results and told TVwithThinus on Thursday morning that "the voting results will not be issued to any media and no exceptions can be made".

She didn't respond when asked why Mzansi Magic and [SIC] Entertainment announced at the press conference that the voting results would be released and why the channel no longer wants to make it public as in previous years.

MultiChoice was also asked in a media enquiry on Thursday morning for comment from the pay-TV operator as to why the M-Net supplied channel is backtracking on the promised public release of the Top 10 Idols voting statistics. MultiChoice didn't respond at the time of publication but its response will be added when received.