SABC2 cancels Giyani as its first isiXitsonga drama series, replacing it with Lithapo starting in early-2020 as a new Sesotho drama series while thousands of viewers sign petition to keep Giyani on air. 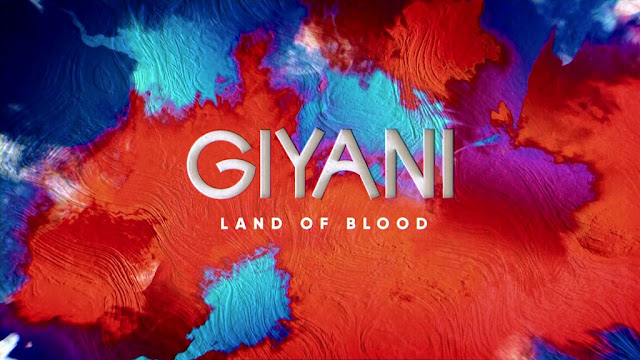 SABC2 has cancelled Giyani as the public broadcaster's first-ever isiXitsonga telenovela after just 8 months despite strong ratings, with no explanation why.

Giyani - Land of Blood was produced by Tshedza Pictures, also responsible for M-Net's The River on 1Magic (DStv 103) on MultiChoice's DStv satellite pay-TV platform, is over after SABC2 and the producers initially promised a drama series that would "brings to life the ageless themes of love rivalries, forbidden passion, stolen land, and corruption".

Giyani which catered to a Venda and Tsonga audience but had many more watching thanks to subtitling, was set in Limpopo and starred Ndivhuwo Mutsila, Candy Tsa Mandebele and Yvonne Chaka Chaka in her first dramatic role.

Giyani that is ending on 26 November, will be replaced by a new Sesotho series set in Qwaqwa, Lithapo, that will start in early-2020 on SABC2 starring Standiwe Kgoroge, Clementine Mosimane, Seputla Sebogodi and Joyce Skefu.

Giyani pulled 1.974 million viewers during October, making it SABC2's third most watched show just behind Muvhango and 7de Laan, and overall the 39th most watched show on all of South African television for the month.

Dear @GiyaniSABC2 viewers:#GiyaniLandOfBlood is coming to an end on 26 November 2019. As with any telenovela, it was due to end after some time.
SABC2 has lined up another interesting telenovela titled Lithapo - starting January 2020. pic.twitter.com/qhh7cd71XV
— SABC_2 (@SABC_2) November 18, 2019


Furious viewers have started an online petition, simiar to the one DStv subscribers created after MultiChoice announced that it's dropping A+E Networks' History, Lifetime and Crime+Investigation Network channels, after which MultiChoice made a U-turn and kept History and Lifetime.

By Wednesday morning the the petition has topped13 500 signatures and keeps growing.

"This is the only time where Xitsonga drama has been visualised," says the petition, pleading for signatures "to convince the SABC to extend" Giyani.

SABC2 was asked why Giyani was cancelled and the response will be added here if received.

SABC2 in a statement in response to the media enquiry as to why Giyani has been cancelled, says that "Due to the nature of telenovela – they have an  ending. They come to an end after a long run.  The same happened with Keeping Score which was followed by Giyani – Land Blood. SABC2 is in production with another brand new telenovela called Lithapo coming to your screens in January 2020, another telenovela to look forward to".