Generations The Legacy on SABC1 renewed for 2 further seasons while the SABC ponders whether SABC3's Isidingo is still needed. 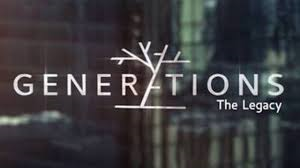 The South African public broadcaster has renewed its one SABC1 prime time weekday soap Generations - The Legacy for two more seasons while the broadcaster remains silent over the fate of the long-running Isidingo on SABC3 facing possible cancellation.

Generations - The Legacy on SABC1 on Monday night continued uninterrupted despite an announcement three days earlier that it would go into reruns as part of  a "summer break" of old themed rerun episodes that was set to start on Monday - a plan which was abruptly scuppered.

The SABC dragged its heels in signing a new contract for a 6th season of Generations - The Legacy with Morula Pictures, owned by Mfundi Vundla, but finally did so on Monday 25 November.

Although the SABC on Friday announced that Generations - The Legacy would go into repeats on SABC1 from Monday and not revealing that it was because no further contract existed, a period of schedule padding with reruns didn't start on Monday at 20:00.

Instead a new first-run episode of Generations - The Legacy was broadcast on SABC1 after the SABC concluded a new 2-year contract with Morula Pictures.

At 20:05 the SABC in a statement said that "the SABC and Morula Pictures are pleased to announce that Generations - The Legacy has been recommissioned for two new seasons".

The SABC said that "Generations - The Legacy will continue uninterrupted and audiences will be spoilt with fresh episodes throughout December and the rest of 2020."

Neither Phillip Mabitsela, SABC1 publicist, nor Morula Pictures responded to media enquiries made since Friday.

Meanwhile questions continue to swirl whether the struggling prime time soap Isidingo - The Need on SABC3 is getting renewed of axed.

Neither the SABC nor Pomegranate Media have responded to media enquries seeking clarity over the future of Isidingo that is facing possible cancellation.

The longrunning local soap that has shed popular characters and viewers drew a paltry 957 500 viewers in October on SABC3 which remains the public broadcaster's biggest headache and struggling to make money as the SABC's only commercial TV channel.

The SABC has done away with and cancelled most of SABC3's high-cost, longrunning signature programming over the past three years including Days of Our Lives, The Bold and the Beautiful, High Rollers, 3Talk and its replacement Real Talk, as well as Top Billing.
on 8:22:00 AM