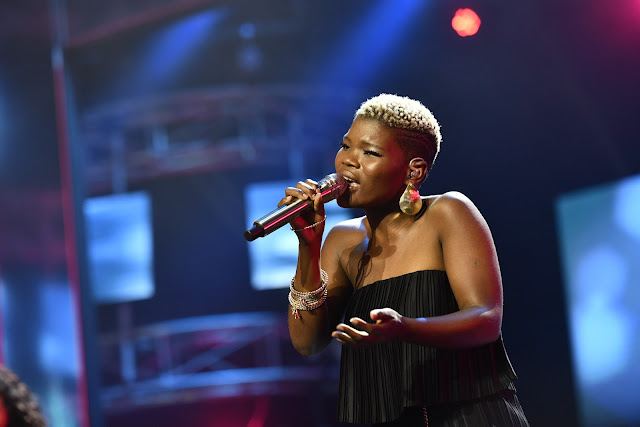 The Idols contestant Viggy Qwabe decided to quit the 15th season of the reality singing show on Mzansi Magic (DStv 161) after her twin sister Virginia Qwabe got eliminated on the Top 5 episode on Sunday night.

Viggy's voluntary exit after a discussion with the production company [SIC ] Entertainment and the M-Net run channel, means that nobody will be eliminated from Idols at the end of this coming Sunday's Top 4 episode.

Idols as a South African version of the Fremantle format show, is executive produced by Gavin Wratten and Tebogo Thekisho (ProVerb) who is also the presenter.

Meanwhile rumours have been swirling about alleged bullying and physical violence in the Idols house where the contestants are staying but this has been refuted by M-Net who said that there was no bullying or any physical altercations.

"From the beginning of their Idols journey, the twins, Viggy and Virginia have always said they are in this together. After lengthy discussions, Viggy who still remained in the Idols competition post the elimination episode has decided to exit the competition," says Philly Kubheka, the head of publicity for Mzansi Magic.

"We would like to wish both Viggy Qwabe and Virginia Qwabe all the best in their career as they are both extremely talented."

Philly Kubheka explained that the Qwabe twins, their family, the production company and Mzansi Magic met after the show on Sunday night to "formalise" Viggy's official decision to quit the show.

"Mzansi Magic would like to advise all Idols fans to note that all voting lines have been closed for this round and there will be no elimination in the upcoming episode," the channel said.

About allegations of bullying behind-the-scenes, Philly Kubheka said that "we would like to state that we are aware of fake accounts that are posting on social media as the contestants which have been reported to our anti-piracy team and that there was no bullying or any physical altercations among contestants in the house".

Micayla Oelofse, Luyolo Yiba, Nolo Seodisha and Sneziey Msomi remain in the show that will see the Idols live finale take place on 17 November at Carnival City in Johannesburg.
on 8:40:00 AM