This is why the SABC decided to cancel Top Billing on SABC3 after 27 years - and why it decided to keep the axing secret. 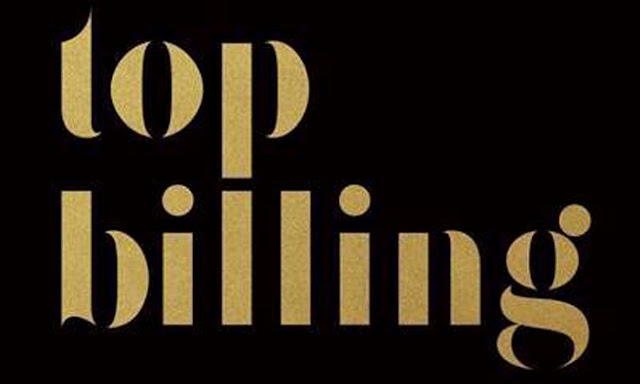 The struggling SABC has axed its longrunning Top Billing magazine show on SABC3 - which did well in the TV ratings given the channel it was on - but has an expensive production budget that the cash-strapped public broadcaster can no longer afford.

Viewers as well as South Africa's TV industry have expressed their shock and bewilderment that the SABC has deteriorated to such a state that it can no longer "afford" to keep a legacy and premium brand like Top Billing on its airwaves which bring the viewers that most advertisers crave.

On Thursday evening TVwithThinus spoke to over 20 local producers, showrunners, bosses of production companies and TV executives who all said that they're gobsmacked and shocked at the SABC's decision and struggle to fathom how the SABC could have failed to keep a brand like Top Billing going and failed to leverage it to make money on its only commercial TV channel.

Top Billing is the latest show getting axed in a shock decision as far as the SABC3 schedule is concerned.

So far the ongoing SABC3 bloodletting has seen it get rid of basically all of its iconic and longrunning legacy programming that for decades drew viewers to the SABC, with SABC3 that in succession ended Days of Our Lives, The Bold and the Beautiful, as well  as local shows like High Rollers, 3Talk and even its replacement Real Talk.

The final legacy show on SABC3 remains its longrunning weekday soap Isidingo that is struggling in the ratings.

Although the SABC said that Top Billing has not been fairing well ratings-wise, it doesn't paint an accurate picture.

The Tswelopele Productions show survived and thrived through multiple, often jarring, timeslot and day changes over many years, drawing and building new audiences wherever the SABC decided to place it on the schedule next.

While the show has a set production budget and a cost that the SABC buys it at, the show itself is not responsible for selling the actual ad space on the SABC's only commercial TV channel during the weekly hour that it's broadcast.

That is the task and responsibility of the SABC's advertising sales division where sales reps must sell the inventory of 30 second spots at such prices that the content firstly makes the money back that the SABC paid for it, as well as then make money for the SABC.

As a blue-chip on-air and lifestyle brand - one of the very last remaining on the SABC - the escapist and aspirational show was one of less than a handful media properties in South Africa that weekly painted a positive picture through profiles of local South Africans, their lives and lifestyles, and what success, achievement and even local weddings could look like.

"The SABC's decision to bring Top Billing to an end has not been an entirely easy one," says Zandile Nkonyeni, SABC spokesperson in response to TVwithThinus' media enquiry asking for the rationale for the show's axing.

"Like any programme on our schedule, the show is ultimately based on its performance and market relevance and to that end it has not been faring well against set targets and in light of the review processes actioned within the last two years."

"With a quarter of a century on our television screens, we all agreed that the show has had a good run," Nkonyeni says.


Great but too expensive for the SABC
"Secondly, Top Billing is a premium production which documents and represents a high-end lifestyle. That, combined with the expensive travel and crew capacity required, does need a considerable investment directed into that show," the SABC said.

"The broadcaster was always able to afford this investment so long as there were healthy returns against that investment. Of late, the production return on investment had declined significantly, thus making us operate at a loss. Hence a part of the decision to decommission the show," says Zandile Nkonyeni.


Very little warning - and no goodbye
Asked why viewers and the industry were only officially told that Top Billing is cancelled after 27 years and will have its final original episode on Saturday just two days before it airs, the SABC said that SABC3 and Tswelopele Productions decided to do it that way jointly.

Although cancelled months ago Saturday's final Top Billing episode will contain no goodbye, nostalgic lookback or tribute clips and SABC3 will now pad the schedule with Top Billing rerun episodes until March 2020 until it finds a replacement for the timeslot.

"After careful consideration between both SABC3 and Tswelopele Productions, a decision was taken to inform the loyal title and platform viewers at the penultimate episode and for the farewell statement to be issued in the week of the finale episode."

"In light of this, an on-air promo was scheduled for this past week to air on SABC3," the broadcaster says.


ALSO READ: SABC cans Top Billing after 27 years as broke public broadcaster can no longer afford to keep one of its last top legacy brands on the air.
on 1:59:00 PM