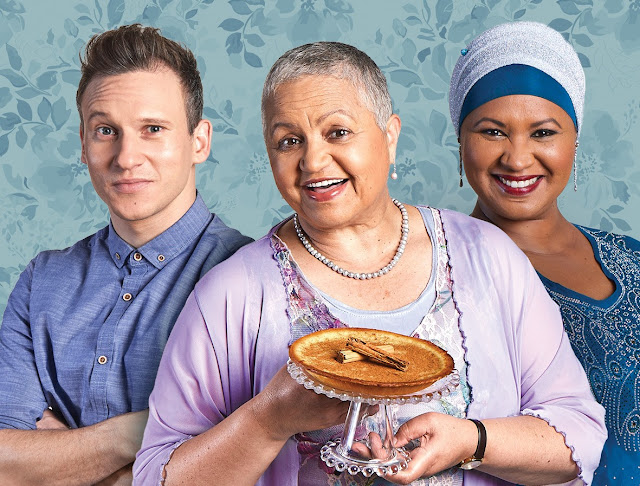 The Afrikaans kykNET (DStv 144) Suidooster has officially launched the weekday soap's first recipe book, Suidooster Kombuis, with in-show recipes from the series' three most prolific foodies - Mrs J, Stefan and Mymoena and with viewers who can now recreate the food only ever seen and talked about in the programme. 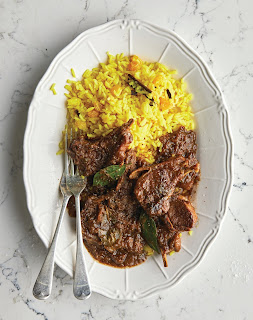 Published by NB Publishers, Errieda du Toit, the content producer for kykNET's Kokkedoor-franchise and it's various spin-offs, spent hours on set and reading hundreds of scripts to collect ideas and to then recreate real-life versions of the most desired Suidooster dishes.

The beautifully photographed traditional recipes are as the characters would prepare them - in their Ruiterbosch kitchens and the Oos-Wes restaurant - and is now on sale for R280.

Then there is Mymoena’s dishes from her popular food channel Hallie Happies while she also shares her special koesisters and roti techniques. 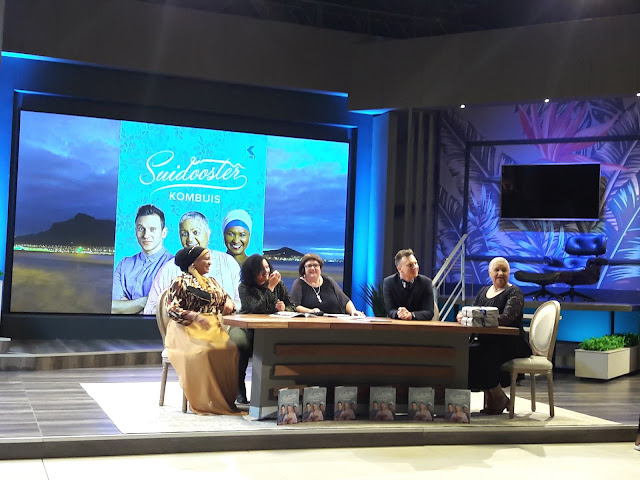 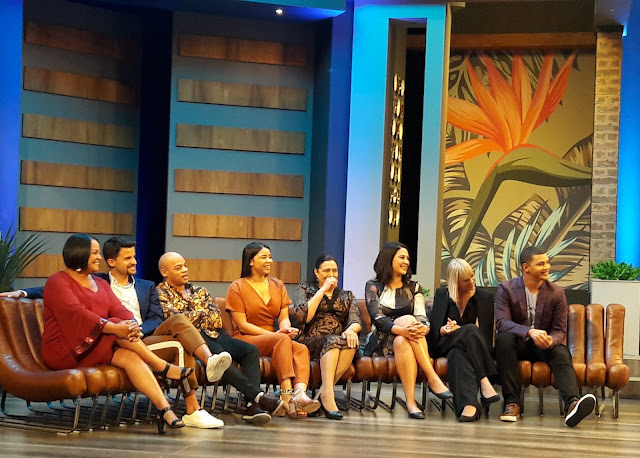 On Thursday evening the three cookbook-cover actors appeared in-character in Studio 3 at NB Publishers' official book launch for Suidooster Kombuis that was held at Atlantic Studios in Milnerton where the Cape Town produced soap is filmed, joined by several cast members. 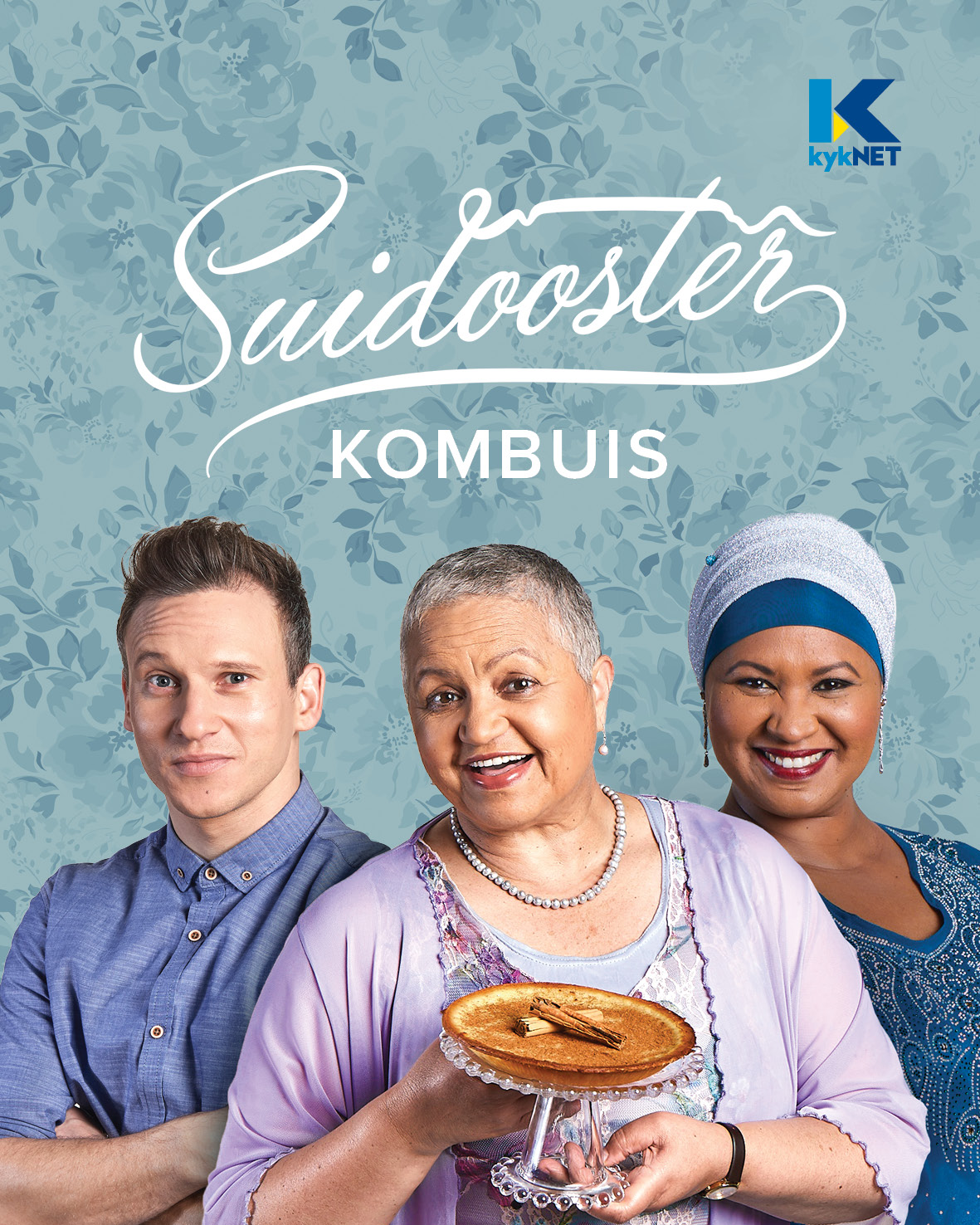 "I learnt to cook from my mom and grandma,"said Mymoena (Jill Levenberg). "I've always been surrounded by by aunties and you spend so much time in the kitchen. It's where traditions are handed down over the years from generation to generation."

"The kitchen is where you're healed, where you laugh, where you cry. It was my time with my mom and my grandma. You watch them intently as a child and as you grow up and where my recipes come from. It's something really special." 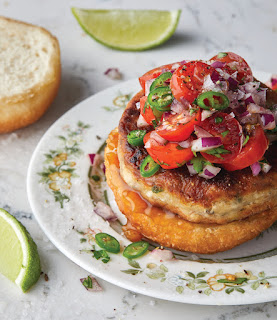 Koesisters versus Koeksisters
Mymoema was asked what's the difference between koesisters and koeksisters - and she gladly explained.

"They're both special, just on a different day. Koesisters is for a Sunday morning. You know you go and buy your batch of koesisters on a Sunday morning - that's tradition, and when I go and visit my friend then I want a koeksister, the twisted one."

"I grew up in Salt River," said Mrs J (Theresa Sedras). "I'm the oldest of 5. And every Sunday morning I was woken up early because I had to go and buy koesisters from Mrs Moerat. And that was 6 'clock because dad is going to church at 8 o'clock and then he has to have his koesister and his coffee."

"And when you came just around the corner in Rochester Road, you just shook your head because the queue is already to there. There is a queue at Mrs Moerat's house. And everybody went to Mrs Moerat for koesisters. Nobody went anywhere else. We made our own as well but Sunday's special ... Mrs Moerat.

Mymoena said "I remember when I was small, you'd always get your extra free little koesistertjie for the road home that you can eat on your way back." 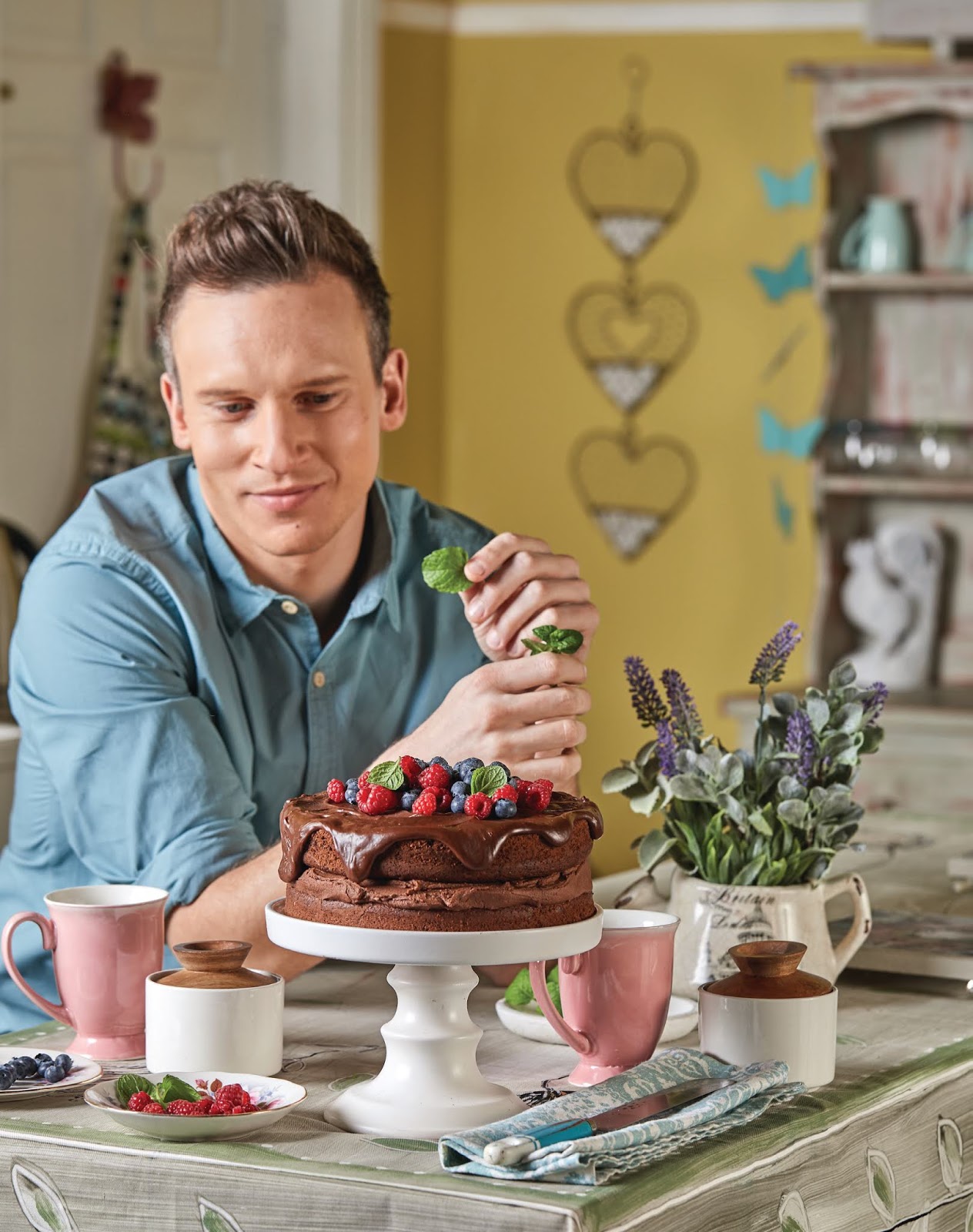