M-Net on why it added the Love Island reality franchise to its blue-chip channel schedule: 'There was a lot of debate internally of is it too this or is it too that but the fact of the matter is that it brings people to M-Net'. 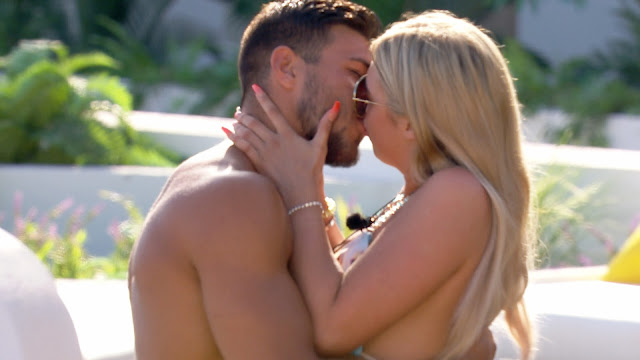 It's trash TV. It's vulgar. It's lowest common denominator reality content. So why has M-Net (DStv 101) decided to add the Love Island franchise to the blue-chip channel schedule when it doesn't fit with the brand?

After acquiring and broadcasting a season of the British Love Island reality show in 2018, M-Net not only brought it back for another season in 2019 of late-night trash television stripped across weeknights, but is following it up with the American version of the show, Love Island USA at 23:10.

TVwithThinus asked why M-Net decided to acquire and slot Love Island on the M-Net (DStv 101) schedule when the lurid show would fit better on a channel like VUZU.

"We've noticed that with Love Island on M-Net, even though we think that nobody's watching it, Love Island tripled M-Net's ratings in that timeslot in live viewership," explains Tracy-Ann van Rooyen, M-Net's head of acquisitions and scheduling.

"So Love Island has a place - maybe not for everyone, but definitely attracting a different audience and M-Net's premise is to bring the best of the best. Right now, as far as formats are concerned, in over 53 countries worldwide Love Island is it."

"There was a lot of debate internationally of 'is it too this? Is it too that?' but the fact of the matter is that Love Island is bringing people to M-Net, they're sitting together and watching it."

Kaye-Ann Williams, M-Net's head of local content and independent films, says "the interesting about Love Island is that it's attracting a younger viewership at that time. So the main audience it attracts is between 24 and 39 years old. It's a big group."

Jan du Plessis, director of M-Net channels, says "the job that Love Island has done for ITV is incredible. I think it was a 150% ratings increase in the timeslot over 3 seasons. They struggled with seasons 1 and 2 and then suddenly season 3 just took off."