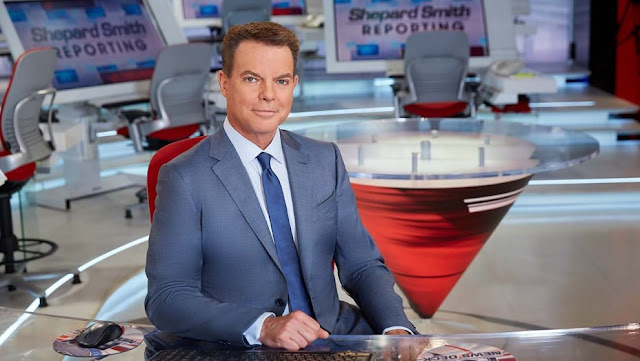 The FOX News (StarSat 261) anchor has abruptly dumped FOX News on Friday, immediately exiting the conservative-slanted American TV channel after 23 years and despite having signed a multi-year contract extension in March 2018, and shocking FOX News colleagues.

Shepard Smith who joined FOX News as one of the original anchors when it started in the United States in 1996 is abruptly gone after anchoring his Friday afternoon edition of Shepard Smith Reporting.

Besides being the anchor of Shepard Smith Reporting Shepard Smith was also the FOX News chief news anchor and managing editor of its breaking news unit.

In a statement, Shepard Smith says "Recently I asked the company to allow me to leave FOX News and begin a new chapter."

"After requesting that I stay, they graciously obliged. The opportunities afforded this guy from small town Mississippi have been many. It’s been an honour and a privilege to report the news each day to our loyal audience in context and with perspective, without fear or favour."

"I’ve worked with the most talented, dedicated and focused professionals I know and I’m proud to have anchored their work each day - I will deeply miss them."

On-air Shepard Smith said that he "will be able to see more of Gio [Graziano, his boyfriend] and Lucia, and our friends and family, and we will see what comes along. Even in our currently polarised nation, it is my hopes that the facts will win the day, and that the truth will always matter, that journalism and journalists will always thrive."

On-air Shepard Smith said "under our agreement I won't be reporting elsewhere - at least in the near future".

FOX News says that "a series of rotating anchors will replace Shepard Smith until a new dayside news program is announced".

Jay Wallace, FOX News president, in the statement says "Shep is one of the premier newscasters of his generation and his extraordinary body of work is among the finest journalism in the industry".

"His integrity and outstanding reporting from the field helped put FOX News on the map and there is simply no better breaking news anchor who has the ability to transport a viewer to a place of conflict, tragedy, despair or elation through his masterful delivery."

"We are proud of the signature reporting and anchoring style he honed at FOX News, along with everything he accomplished here during his monumental 23-year tenure. While this day is especially difficult as his former producer, we respect his decision and are deeply grateful for his immense contributions to the entire network."


Neil Cavuto followed after Shepard Smith's timeslot and opened his Friday show looking shocked and saying "I’m a little stunned and a little heartbroken. I don’t know what to say", as he opened his hour.

"A better newsman you probably cannot find. A bigger, more emotionally connected to human kind you cannot find. So Shepard, I don’t know what the heck you’re planning to do or where you go, but I just know you’ll be great at doing it, and you deserve the best that life has to offer."

John Roberts who did a report for Neil Cavuto said in his intro "I’m just trying to compile my thoughts too. I walked out here to do the hit and suddenly got hit by a subway train. Holy mackerel."
on 10:36:00 PM