After 2 years of animosity a thaw in the broadcast divorce as SABC signs a new 4-year deal with the South African Football Association (SAFA) to return the showing of national soccer teams matches to the public broadcaster. 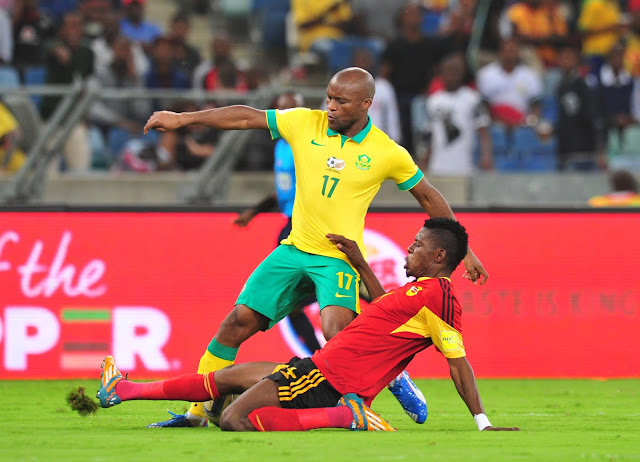 After an acrimonious split since October 2017 due to SABC non-payment and not keeping to contract stipulations as well as conflict over price, the South African Football Association (SAFA) and the SABC has signed a new 4-year agreement to broadcast matches of South Africa's national male and female soccer teams, starting with today's Bafana Bafana match against Mali in Port Elizabeth that will be broadcast on SABC1 at 15:00.

The SABC didn't want to disclose how much the new deal is worth and what the SABC will be paying for the contract.

The previous and now-expired deal between SAFA and the SABC was R110, with SAFA that made a new offer of R200 million. The SABC however, pleading poverty initially offered R150 million but then dropped its offer to only R10 million which led to the breakdown in the relationship between the sports body and the broadcaster.

The new 4-year agreement between the SABC and SAFA comes after a tumultuous and ugly contractual divorce between South Africa's public broadcaster and SAFA - one of several sports bodies the struggling and cash-strapped SABC severed ties with over the past 3 years.

SAFA blamed the SABC for the failure to conclude a broadcasting rights agreement in October 2018, saying the SABC made a "discourteous offer" regarding what the SABC is willing to pay for the broadcasting rights to international football matches that Bafana Bafana is playing in inside South Africa.

"It is interesting to note that even the apartheid-run SABC of old made a better offer to the association for their rights in this country," Safa said at the time.

The new deal between the SABC and SAFA will include the broadcast of 6 Bafana Bafana matches per year, including 3 home AFCON qualifiers; 2 international friendlies and the Nelson Mandela Challenge); 5 Banyana Banyana home friendly matches, inclusive of the Winnie Mandela Challenge; as well as domestic competitions.

As part of the deal the SABC will once again do a weekly SAFA-centred magazine sports show and broadcast the annual South African Football Association awards.

"In negotiating this deal with SAFA, the SABC needed to find a balance between fulfilling its public mandate and entering into an agreement which was commercially viable," says Madoda Mxakwe, SABC CEO, in a statement released on Sunday morning.

"We understand the role we play in promoting sports of national interest, and inspiring the next generation of sports stars."

Dr. Danny Jordaan, SAFA president said that "As SAFA, we are pleased to have finally come to an agreement with the public broadcaster which is in the public interest and the good of the game".

"After protracted negotiations, it is great that the public will once again get to watch Bafana Bafana, Banyana Banyana and other national teams matches on SABC, in addition to various other important football development programmes, that has seen SAFA make a major impact on football on the continent."
on 11:05:00 AM