TV CRITIC's NOTEBOOK. With a screening event of MTV Base's new docu-series Behind the Amapiano Movement for only certain people, Viacom Africa and MTV that can't bother to tell or include the press, ironically wants to 'stimulate conversation'. 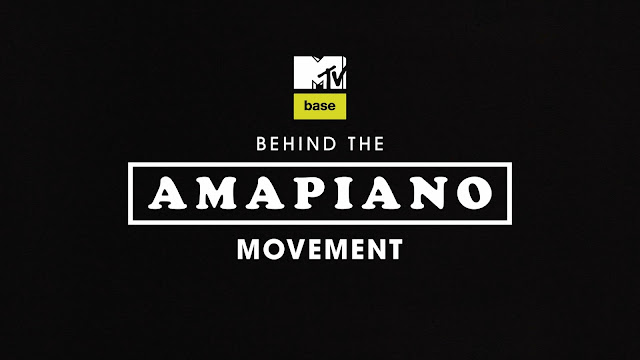 On Monday a new documentary series, Behind the Amapiano Movement, that will start broadcasting in South Africa at some point was screened at an event - but only for some people in Johannesburg.

Neither MTV Base's publicist or PR agency (getting paid to communicate with the press) nor Viacom Africa and whoever handles the PR about it, bothered to reach out to tell the rest of the press in South Africa about or cared to screen it or get it in front of their eyes as well.

The Behind the Amapiano Movement documentary series takes a look at this new and fast-growing music genre following the popular KwaZulu-Natal originated Gqom of a few years ago.

The new documentary series about the genre that has jazzy keys and a strong kwaito influence, features commentary and insights from artists like De Mthuda and Njelic, the Amapiano DJ and producer Kabza De Small, the DJ duo Major League, singer Lady Zamar, DJ Zinhle and DJ Viny Da Vinci.

On Monday afternoon MTV Base held a screening event of presumably the first episode of Behind the Amapiano Movement in Johannesburg - but for some people only, leaving stakeholders who would have been interested out of the loop.

Publicity people from neither Viacom Africa nor DNA Brand Architects that reps MTV and tasked to promote local content like this, bothered or managed to tell TV critics and media in the rest of South Africa that there'd be a screening.

For TV critics, journalists and publications not physically in Johannesburg or unable to attend, nothing was done to make a digital screener or equivalent available to those members of the press who were not told or invited to the screening event, and who are not in that city.

In a press release about Behind the Amapiano Movement, Monde Twala, the vice president for youth, music and BET at VIMN Africa, said that MTV is "all about culture, music and the streets. We offer content that is relevant, fun, bold and contributes to stimulating conversation".

Ironically, where VIMN Africa and MTV Base fails is that it makes content but actually neglects this "stimulating conversation" part - particularly in (public) relation with the press. The media who helps to communicate the message about Viacom Africa and its programming to viewers isn't being told what is going on and happening - nor included when it comes to showcasing the actual content.

It's fine to talk about "stimulating conversation" but if media are not kept in the loop or shown content like Behind the Amapiano Movement equally, how is this "conversation" stimulated exactly?

Viewers and DStv subscribers have to watch a show, and the media will help to alert, talk about and drive viewers to a show. However, when media isn't told or shown content when it is previewed, it's left to viewers to somehow discover and find content on their own.

It would have been good for the press covering television at large in South Africa to have known that VIMN Africa and MTV Base is doing a screening of Behind the Amapiano Movement before the docu-series starts to broadcast on MultiChoice's DStv, but whoever communicates or communicated this failed to communicate this.

Previewing Behind the Amapiano Movement beforehand at either the or a screening event, or getting an electronic screener either as an in-browser played link, a digital download or an unlisted YouTube video, would have resulted in hopefully a review or two of the new docu-series.

Usually one or two of the journalists watching TV content actually do something as opposed to the beer drinkers who basically show up for a party and essentially end up doing nothing.

Instead of reading here about how Viacom Africa couldn't bother to get Behind the Amapiano Movement to be seen by TV critics before its debut, of course it would have been more functional, informative, helpful and pleasurable to report about the actual programme.

Unfortunately, no reviewer, critic, journalist or publication can make something out of nothing.

"Will Amapiano fizzle out when the next hungry and pragmatic generation come up with a next creative sound?" asks MTV Base about the Behind the Amapiano Movement docu-series.

After Monday's selective access screening, it's a question and Behind the Amapiano Movement a new show that the press that would have cared - similar to MTV Base and Viacom Africa's disinterest to include them - probably no longer cares about.


At least you were invited, told there'd be a screening and shown it, which is more than what can be said for the rest of South Africa's press and TV critics who haven't been shown anything by @MTVBaseSouth or even told about it by @ViacomAfrica or whoever did the PR for this. https://t.co/UajpPOjcbo
— TVwithThinus (@TVwithThinus) September 23, 2019