From a new mansion to simplified dates M-Net and Rapid Blue are implementing some behind-the-scenes production changes to improve the second season of The Bachelor SA. 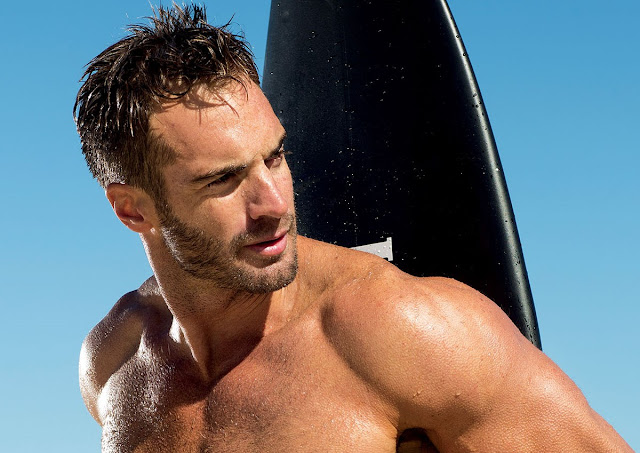 Besides a new "hot guy" in the shape of Marc Buckner, some significant changes are coming production-wise behind-the-scenes that have been ordered by M-Net to improve the second season of The Bachelor South Africa.

TVwithThinus has learnt that the Rapid Blue produced dating reality show is making some fundamental production changes to try and make Cupid's arrows hopefully find their targets better and coming after the first season on M-Net (DStv 101) ended on a disappointing note when Lee Thompson's relationship was revealed to have fizzled out during the first season finale.

Marc Buckner will get more actual off-camera time for "dating" on the show to get to know the various women he will meet better. The casting process has also been made even more stringent to weed out fame-seeking women more interested in being on television than finding love.

In addition, one-on-one dates will be simplified and toned down production and filming wise to allow more time spent on the actual date and less time on camera and scene set-up, and there will also be a new mansion used when filming starts in October.

"For us it is really important to make sure that we create that environment where the bachelor and the woman that he is dating are in a 'bubble' - that they get enough time to spend together without any influences; and secondly that there's enough time to really get to know each other," says Jan du Plessis, director of M-Net channels.

" So that's the first thing that we're most definitely doing. And then the other thing is that I had a list of probably 80 or so activities and dates that we were choosing from."

"The moment that Marc signed on the dotted line, we are busy adapting all of those dates and events to suit Marc's personality and interests, so that they can actually go hiking and jogging and do all sorts of outdoors activities with the ladies to see that natural sort of chemistry develop."

"The most important change was the time."

Kaye-Ann, M-Net's head of local content and independent films, says "if you remember Lee Thompson's date with Edith that started off at the top of a hill, and then the next thing was a strawberry farm and then they had a picnic after they picked the strawberries".

"Those three things that happened cost us three different movements and set-ups and location shifts and camera set-ups. It was just too much. There was too little time for them to get to know each other and too much time spent logistically."

"So what we've decided to do is to simplify - whatever it is. There needs to be one set-up, there needs to be one simple movement, unit movement, so that Marc Buckner and the date he is with can actually get to know each other and actually spend time together because all those set-ups cost a lot of time. So those are some of the lessons we've learnt from the first season."

TVwithThinus asked whether the same Sandhurst-set mansion, located in an ultra-affluent residential area in Sandton, Johannesburg, and the wealthiest suburb in the country, will be used again. "No, it won't be the same mansion," says Lani Lombard, M-Net's head of publicity.

"We remember from the very first season of Big Brother SA and the Big Brother house, people were in the streets, neighbours complained, and people came to try and see what's going on and what the housemates were doing. If they're to know where the mansion is, it would be madness. So we're keeping the mansion a secret and for the second season it's a different one."

The second season of The Bachelor SA won't start on Valentines Day on 14 February again but is likely to start on M-Net sometime in February 2020 and M-Net will make the season premiere episode once again available on YouTube for a limited time as free-to-view.
on 11:48:00 AM