Apple TV+ video streaming service will be launching worldwide on 1 November at R73 per month. 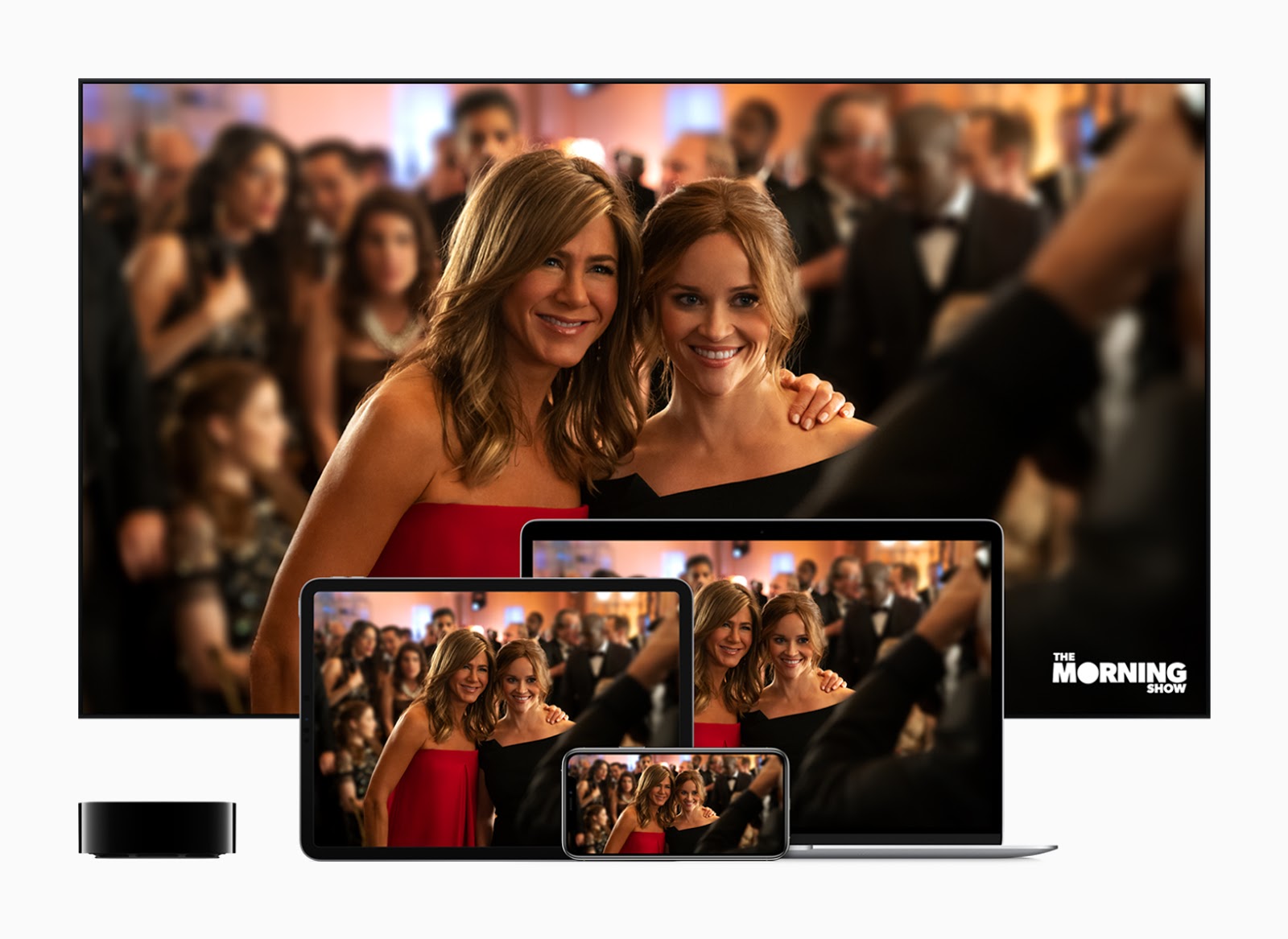 Apple TV+ will be available on the Apple TV app on iPhone, iPad, Apple TV, iPod touch, Mac and other platforms, including online at tv.apple.com in Safari, Chrome and Firefox, with a 7-day free trial.

In March 2019 Apple TV+ held a content upfront shedding light on some of the content it would offer at launch.

The launch of Apple TV+ on 1 November will come a few days before The Walt Disney Company's Disney+ streaming service that will launch on 12 November but which Disney won't be making available in South Africa or elsewhere in Africa.

Apple+ will compete in South Africa with MultiChoice's video streaming service Showmax from its Connected Video division, MultiChoice's planned streaming version of DStv it wants to launch before the end of the year, Netflix South Africa, Amazon Prime Video, the struggling and cut back Cell C black and some smaller players in an increasingly getting crowded over-the-top (OTT) digital video straight-to-consumer market.

"With Apple TV+ we are presenting all-original stories from the best, brightest and most creative minds, and we know viewers will find their new favourite show or movie on our service," says Zack Van Amburg, Apple’s head of Worldwide Video, in a statement Apple released on Tuesday evening.

"Each Apple TV+ original offers its own unique story, fresh perspective and powerful message - all meant to entertain, connect and inspire cultural conversations."

"Apple TV+ is an unprecedented global video service with an all-original slate. We look forward to giving audiences everywhere the opportunity to enjoy these compelling stories within a rich, personalized experience on all the screens they love."

At launch, most Apple TV+ series will premiere with 3 episodes, with one new episode to roll out each week, while full seasons of some series will be available all at once.

Audiences worldwide can watch Apple TV+ originals subtitled and dubbed in nearly 40 languages, including subtitles for the deaf or closed captions (CC). Apple TV+ series and movies will also be available with audio descriptions in 8 languages.

The initial new and original content on Apple TV+ will include the drama series, The Morning Show set behind-the-scenes of a troubled American morning show with Jennifer Aniston, Reese Witherspoon and Steve Carell.

See, a new drama series with Jason Momoa and Alfre Woodard, is set 600 years in the future after a virus has decimated humankind and rendered the remaining population blind. When all humanity has lost the sense of sight, humans must adapt and find new ways to survive.

Dickinson will be a darkly comedic coming-of-age story, exploring the constraints of society, gender and family through the lens of rebellious young poet, Emily Dickinson.

For All Mankind, a new series from Ronald D. Moore, imagines what would have happened if the global space race never ended and the space programme remained the cultural centrepiece of America’s hopes and dreams.

The Elephant Queen is a documentary film to a species on the verge of extinction, following a majestic matriarch elephant and her herd on an epic journey of life, loss and homecoming.

Ghostwriter is a reinvention of the beloved original series, following 4 kids who are brought together by a mysterious ghost in a neighbourhood bookstore and who must team up to release fictional characters from works of literature.

Oprah Winfrey will join the world’s most compelling authors in conversation as she builds a vibrant, global book club community and other projects to connect with people around the world and share meaningful ways to create positive change.


Upcoming content
Apple says that it will continue to add Apple TV+ Originals monthly after the initial burst of new content at launch. This will include:

Servant, a new psychological thriller from M. Night Shyamalan, following a Philadelphia couple in mourning after an unspeakable tragedy creates a rift in their marriage and opens the door for a mysterious force to enter their home.

Truth Be Told will be a new series starring Octavia Spencer and Aaron Paul, exploring America’s obsession with true crime podcasts and navigating urgent concerns about privacy, media and race.

Little America will bring to life the funny, romantic, heartfelt, inspiring and surprising stories of immigrants in America.

The Banker is a feature film, inspired by a true story, starring Anthony Mackie and Samuel L. Jackson as two black American entrepreneurs who try to circumvent the racial limitations of the 1950s and quietly provide housing loans to the black community in Jim Crow Texas.

Hala is a film that follows a high school student struggling to balance being a suburban teenager with her traditional Muslim upbringing.
on 9:29:00 PM