kykNET and its Getroud met Rugby soap respond after complaints over language and its unfolding rape story line: 'Although the content upsets some viewers, it wasn't handled in a sensationalistic manner'. 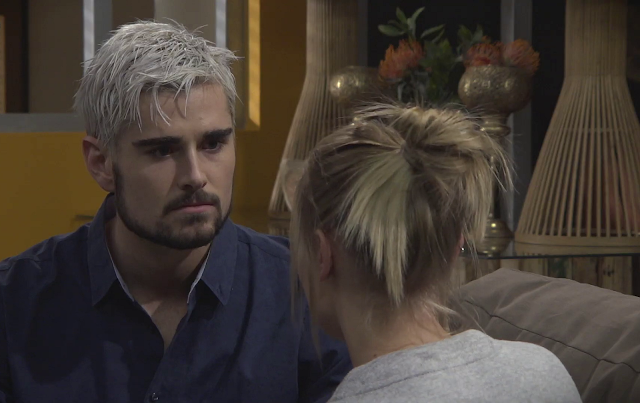 Since kykNET moved its Afrikaans language soap Getroud met Rugby back to 18:00, complaints from upset DStv subscribers have been mounting over the course language that they feel is inappropriate for the early primetime family viewing timeslot and a rape storyline, with kykNET that says the unfolding story has not been handled in a sensationalistic manner.

The Overberg Productions soap from Deon Opperman filmed at Atlas Studios follows the lives of the fictional Stryders rugby team and surrounding community.

In July 2017 Getroud met Rugby that was at 18:30 on the kykNET (DStv 144) schedule was moved to the 21:00 timeslot, but following weak ratings, kykNET moved the soap back since July 2019 where the weekday soap now serves at 18:00 as the lead-in for sister-soap Suidooster.

Since the move back to an earlier timeslot, complaints from DStv subscribers and kykNET viewers have increased about the foul language that they feel are not appropriate during family time TV viewing.

Viewers are also unhappy about the depiction of the disturbing rape of Anna Redelinghuys (Kate Roothman) by Jacques Kotze (Armand Aucamp) as part of an ongoing story line.

In response to a media enquiry, Sonè Combrinck, executive producer of Getroud met Rugby, told TVwithThinus that "the story line of Anna Redelinghuys getting raped was not explored by the producers as a controversial theme".

"Rape and forced sex is a topical theme. It's an important theme to approach, given the high numbers of abuse, violence and rape in South Africa. Soaps have a responsibility to comment on social and public welfare issues. August is Women's Month and thus the producers had a golden opportunity to address a serious issue like rape."

"No deliberate shock technique was used in the rape scene," says Sonè Combrinck. "The scene was filmed with sensitivity and integrity, while the specific character's trauma and helplessness had to be portrayed".

"Unfortunately these type of events are a reality. Soaps speak to a mass audience and are in fact created to depict the stories of ordinary people and their daily challenges and experiences."

"The producers constantly try and keep Getroud met Rugby honest and relevant, with a balance of stories ranging from very dramatic to lighthearted, sad and happy, love and hate, violence and reconciliation."

"The rape story line in Getroud met Rugby is of topical importance in Women's Month. Statistics show that most rape in South Africa happens by someone who is known to the victim. It's important that any story in any soap is first well-researched and then depicted in a responsible way."

"Although the content upsets some viewers, it wasn't handled in a sensationalistic manner. Soaps can't shy away from telling relevant stories but can handle every story in a respectful manner," says Nicola van Niekerk.
on 3:10:00 PM