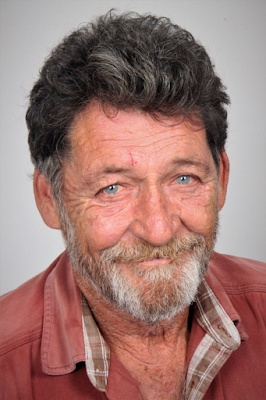 The veteran actor Danny Keogh has died. He was 71.

The cause of death is not yet known. Danny Keogh who was previously married to actress Michelle Burgers was also the father of actor Tyrone Keogh.

Danny Keogh who was born in Kampala, Uganda, appeared in multiple South African TV series over decades, including Afrikaans language drama series and soaps like Binnelanders on kykNET (DStv 144), and series like M-Net's Known Gods and Interrogation Room.

He also appeared in American drama series filmed in South Africa like Charlie Jade, Crusoe, Black Sails, Of Kings and Prophets and Dominion, as well as British series filmed in the country like Troy: Fall of a City and Call the Midwife.

He appeared in a vast list of films stretching from Golden Rendezvous in 1977 to The Red Sea Diving Resort in 2018 in which he played General Weiss, and had notable files roles in for instance the Clint Eastwood-directed Invictus of 2009 and Starship Troopers 3: Marauder.

He was a founder member of The Market Theatre in Johannesburg, South Africa and earned numerous award nominations for his theatrical career.

On stage he appeared in a vast array of productions ranging from Children of a Lesser God and the Paul Slabolepsky's Pale Natives, to Woody Allen's Don't Drink the Water, Peter Wiess' Marat Sade, and even Shakespeare's Romeo & Juliet and Twelfth Night, including several other theatre productions.
on 1:47:00 PM