TV REVIEW. Blood & Treasure on M-Net as a new global skullduggery and conspiracy drama series is the closest to a successful archaeology adventure show since Relic Hunter. 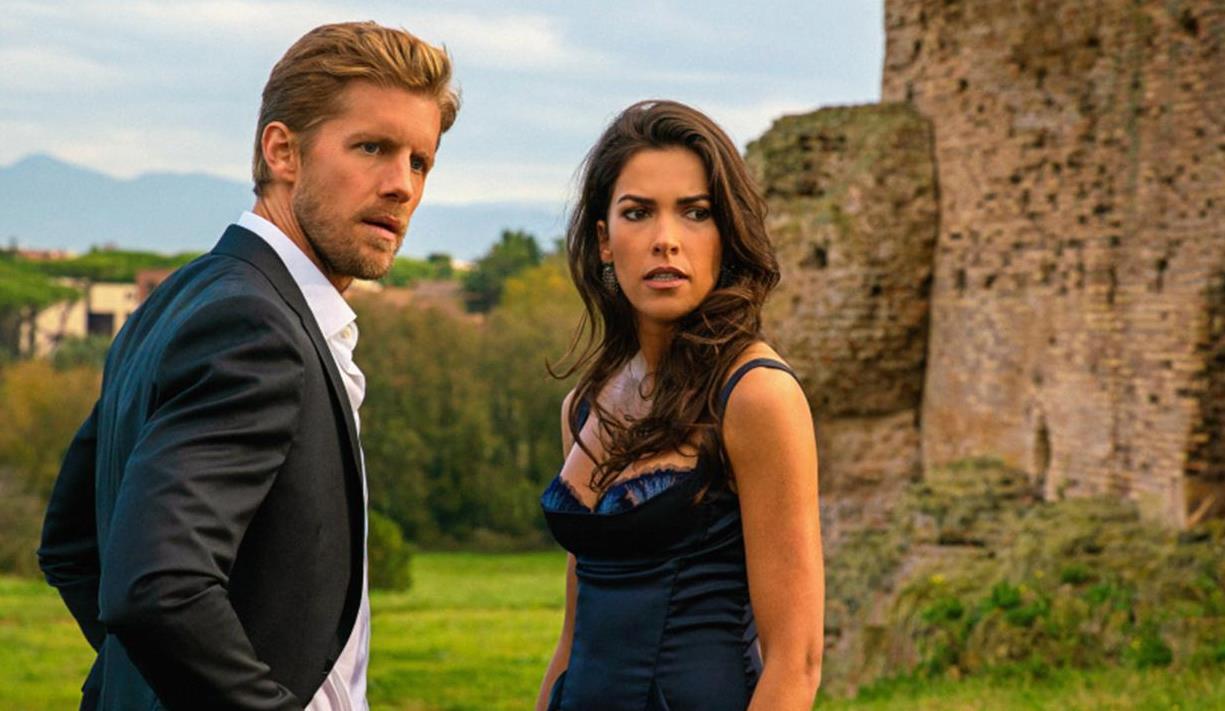 With the TV museum littered with the remnants of failed and cancelled "Indiana Jones"-like archaeology-inspired, artefact-hunting series, the new American series Blood & Treasure on M-Net (DStv 101) on Saturdays at 20:00 is the best in the genre since the Canadian Relic Hunter was on SABC3 two decades ago.

The drama series that was renewed for a second season snuck in under the radar. I've never heard of it, haven't read or seen anything about it, saw it pop up on the M-Net schedule, and then watched it.

Then I kept watching more and more of it because it's good.

For DStv subscribers who feel burnt by trying trash like the embarrassing drek that was Hooten & the Lady on ITV Choice (DStv 123), or the abysmal and cardboard-thin The Librarians on Universal TV (DStv 117) that never really went anywhere, Blood & Treasure is finally something in the genre that is worth watching.

(As a sidenote, John Larroquette of The Librarians cameos in the 2-episode pilot of Blood & Treasure as the billionaire funder of one of the two leads, and again later in the series.)

Blood & Treasure won't make you feel cheated for having tried it.

What makes Blood & Treasure worthwhile is that it starts off with an interesting premise and actually develops it further, along with revelations in every episode.

The first season has 13 episodes and is currently ongoing in the United States with M-Net that just broadcast episode 2 in South Africa.

The show has character development that feels earned, has some more emotional moments that resonate (especially as the story unfolds in later episodes) because they were created properly out of properly established character motivations; and also has just the right sprinkling of humour, mixed with dramatic moments.

In short, the Blood & Treasure plot revolves around a former FBI-agent Danny McNamara (Matt Barr) who is an antiquities expert, who teams up with an archaeologist Lexi Vaziri (Sofia Pernas) trying to trace the whereabouts of Cleopatra's sarcophagus while they battle Karim Farouk (Oded Fehr) an Egyptian terrorist leader with a diabolical plan.

That's very oversimplified and the story is much more complexed and layered but to explain more would be to risk spoiling some of the revelatory fun inherent in watching it unfold.

Blood & Treasure, telling a season-long story, runs much more like a Dan Brown Da Vinci Code and a National Treasure story and if you enjoyed the first season of Condor that was on M-Net earlier in the year, you'll like this as well. 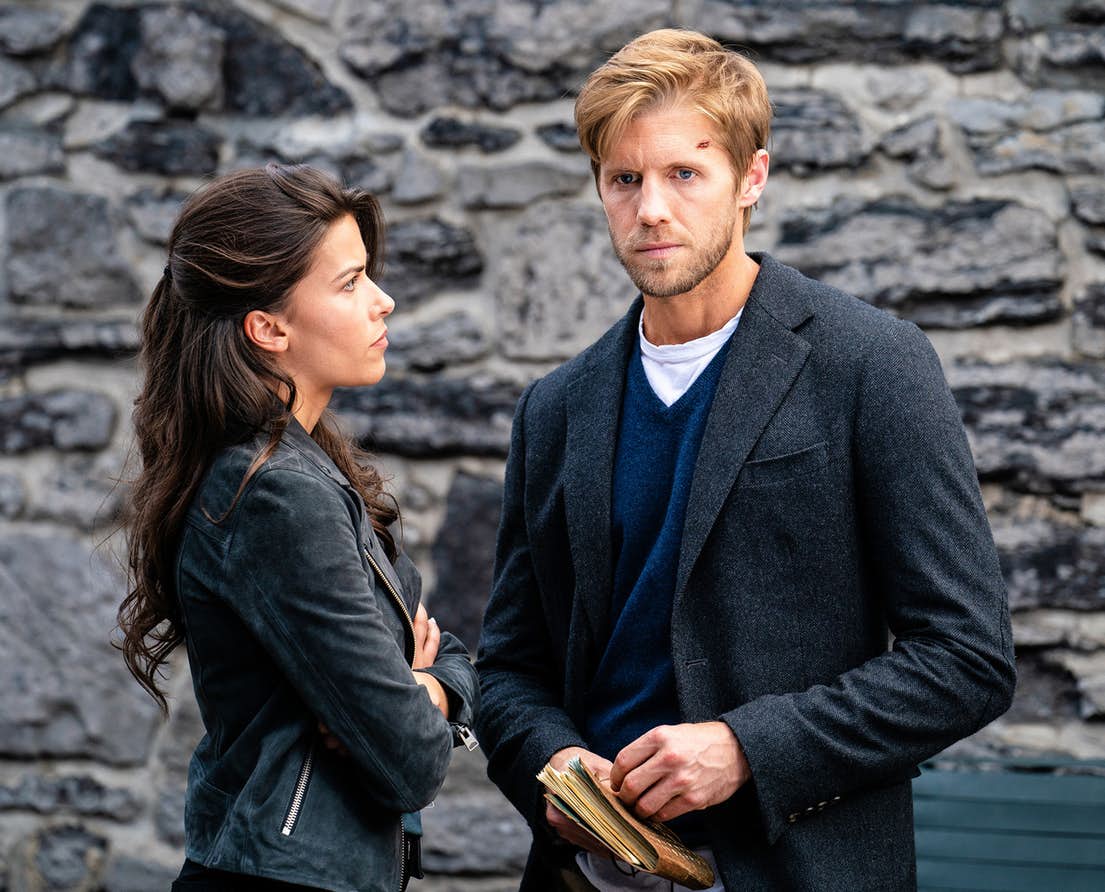 While the format feels and is familiar, the story is not. Blood & Treasure on M-Net is fun and filled with escapism-joy since you won't be able to predict the progression and outcome of every episode as the story unfolds.

While a lot of the show is set-based, it cleverly manages to make it feel less so with some sumptuously shot scene-setting set-pieces. Blood & Treasure makes the viewer believe that the globetrotting characters really are in different places around the world.

Within it's stock-and-trade genre, Blood & Treasure manages to tell its story in a way that makes it feels new and unexpected - which is difficult if you sell fast-food hamburgers and have to come up with something not yet done to it before, or are still writing Destiel and Wincest Supernatural slash fiction.

Subsequent episodes after the pilot become more original series MacGuyver-y with riddles to be solved, places to be discovered, and more backstory being revealed bit-by-bit, similar to The Young Indiana Jones Chronicles.

As a viewer you want to find out where the story will lead to next, making Blood & Treasure also very binge-watch-eable (it's clever and irresistible "nesting doll" narrative makes it perfect as a show that could have lived as a Showmax-only title). 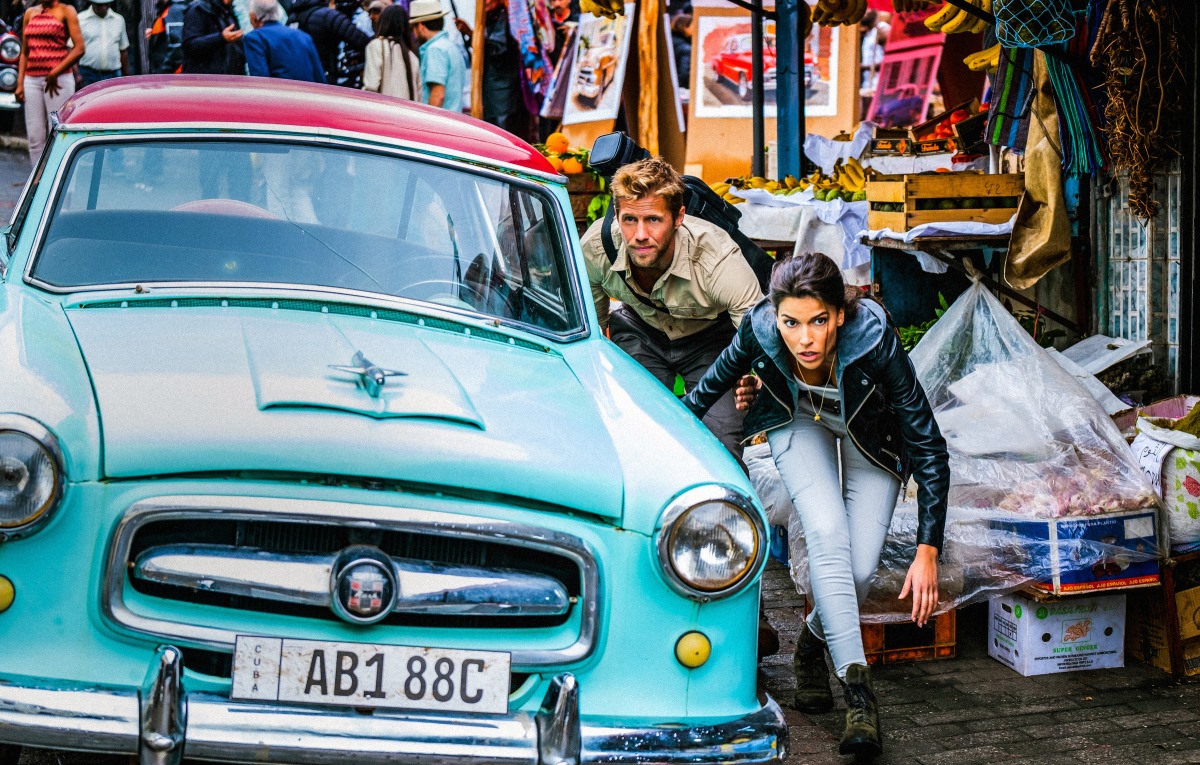 Blood & Treasure takes the narrative and production values failings as well as the pacing and acting problems of the quite similar but cancelled 2013-series Zero Hour (a hunt for a holy relic involving a where-was-it-hidden-next chase since the time of Nazi Germany) and improves on all of it.

With cool cliffhangers and just the right bit of heart from the star-crossed lovers ("She/I'm not his girlfriend"), Blood & Treasure as an action-adventure and treasure-seeking series got me hooked until the end to see where the leads.


The review is based on having watched the first 8 episodes.