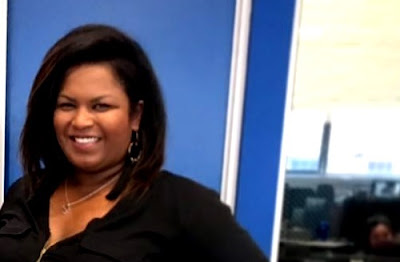 eNCA didn't respond to a media enquiry asking about Leigh-Anne Jansen's upcoming exit but sources on Friday said that the high-calibre journalist had decided to leave the eMedia Investments' news channel that is produced for MultiChoice's DStv satellite pay-TV service.

According to insiders Leigh-Anne Jansen decided to quit eNCA after just over a decade for a new government-related position.

As a trusted and highly-capable reporter, the journalist with her voluminous mane had become iconic on TV news screens doing live crossings from scenes ranging from riots and public protests as well reporting on a myriad of court cases over the past 10 years.

Leigh-Anne Jansen joined eNCA, then called the eNews Channel, in March 2009 shortly after it launched in March 2008, and has since filed numerous stories from across the Western Cape province, including breaking news and investigative pieces, as well as live news reports.

During her decade-long eNCA career she was a stand-in assignments editor and in February 2019 added sub-editor duties alongside her on-air reporting role.

Leigh-Anne Jansen's exit is the latest in a string of high-level departures that has been ongoing for over a year as eNCA continues to lose veteran talent and struggles with schedule and programming line-up changes.

It's happening while eNCA has to face new competition in terms of TV channels like Newzroom Afrika, and Open News which is produced by its own company as a free-to-air alternative carried on its Openview platform.

After Jane Dutton was lured back to South Africa from Al Jazeera to anchor eNCA during prime time, in mid-June eNCA abruptly cancelled Tonight with Jane Dutton without warning after just a year and declined to say why.

Meanwhile yet another eNCA schedule overhaul is coming with the channel that has cancelled the long-running Maggs on Media as well as other current affairs shows, and with yet another retool of the schedule coming just a year after the previous one was implemented in July 2018.
on 10:44:00 AM