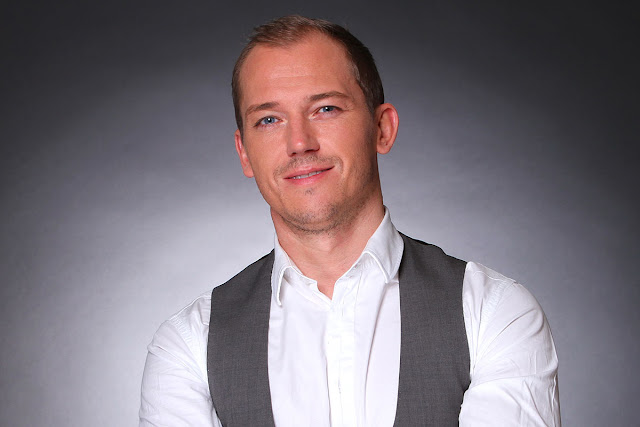 South Africa is losing the accomplished and well-liked BBC Studios Africa boss, Joel Churcher, who is returning to the United Kingdom after half a decade in Johannesburg, with the change coming as part of a broader top executive reorganisation at BBC Studios for the region that South Africa and Africa forms part of.

It doesn't appear as if BBC Studios top brass in London have plans to appoint a new BBC Studios Africa boss to replace him.

Joel Churcher moved to South Africa in early-2014 in the newly created role as vice president and general manager for Africa at BBC Worldwide as the BBC's commercial division was then known, to oversee strategy and business development across all BBC businesses in the region.

It included live events and the daily management of the BBC branded channels portfolio on platforms like MultiChoice's DStv satellite pay-TV service.

Joel Churcher's appointment and placing him on-the-ground in "I had a farm in Africa"-style, signalled BBC Studios' growing importance it placed of South Africa and the African continent as an earmarked growth region for television, its BBC content and pay-TV.

The jovial, always in-the-know and ever-effervescent executive quickly endeared himself to the South African crowd of programmers, ad buyers and media.

During his South African based tenure Joel Churcher oversaw several localised BBC brand expansions, twice-annual BBC programming upfronts for ad execs and the media that grew to best in biz and dethroned Discovery; as well as growing the raft of localised South African and Africa BBC-commissioned programming across its channels portfolio.

He also oversaw several BBC channel reintegrations and its programming and brand alignments for the region, as well as ever-evolving channel brand changes of the BBC's channels set.

As a artful public speaker Joel Churcher ranked one number and towered head and should over his TV executive peers within South Africa's television broadcasting industry and knew exactly how to deftly corral a crowd.

Often over the past 5 years he jumped in to serve as moderator and interviewer of local and international talent, executives and producers himself at BBC-led events for the public, the media and the broader TV biz.

On Thursday BBC Studios confirmed to TVwithThinus that Joel Churcher is relocating back to the United Kingdom.

"After 5 years in South Africa, Joel Churcher is returning to the UK when his current visa expires this month to seek out a fresh challenge."

"Our commitment to our office in Johannesburg and the local team remains as strong as ever. BBC Studio’s commercial partner relationships in South Africa will continue to be managed from the local team in Johannesburg alongside newly-created senior vice president positions in London, combining local knowledge and insight with greater access to central expertise."

"Joel leaves a great legacy in our local Johannesburg office and team and we wish him all the best with his future endeavours."

Time will tell whether not having a hyper-local regional BBC boss based in South Africa for the country and Africa will be beneficial or start to be detrimental to the BBC's business in this region as it returns to a "manage from afar" set up for South Africa with no on-the-ground country manager.

BBC Studios says it's moving from a general management structure based around four sub-regions – Africa, Poland, Middle East and Mediterranean, and Central & Eastern Europe - "to a focus on specialist lines of business" for the CEMA region as a whole.

Grant Welland, BBC Studios’ executive vice president for CEMA, announced a senior team shuffle for its BBC branded services network and content sales and formats business, saying that "In a rapidly changing market, the combination of a senior management team who are experts in their field, and well-connected teams based in local markets will give us the focus, consistency and effectiveness that we need to evolve and grow our presence in the CEMA market".

She was previously director for strategy and business development, global markets at BBC Studios. In this new role, Louise will have primary commercial accountability for BBC Studios’ branded services across Africa and Central & Eastern Europe.

Salim Mukaddam has been appointed as senior vice president content and format sales.

Formerly general manager and vice president of Central and Eastern Europe (CEE) at BBC Studios, Salim is now responsible for growing the value of the BBC's distribution business.

Cecilia Beacon becomes responsible for editorial and marketing decisions across BBC Studios’ branded services network in CEMA in the role of senior vice president for programming and marketing.
on 11:57:00 AM