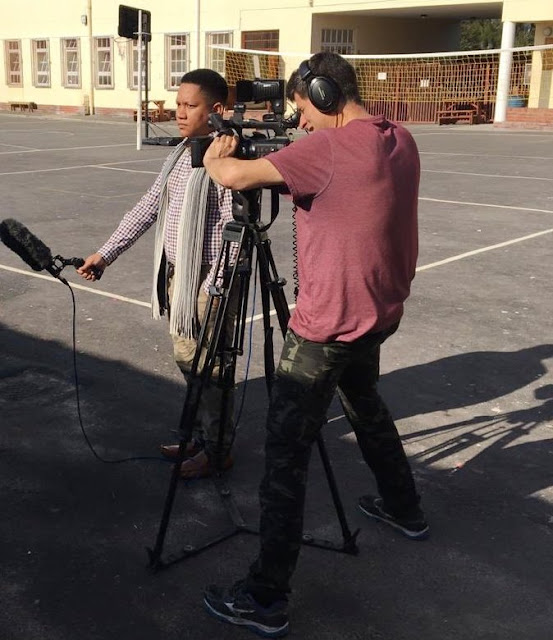 On Friday a TV news crew comprising a cameraman and a reporter was robbed of their camera and cellphones whilst trying to cover and report on the deployment of South Africa's army in the notoriously violent and gang-riddled Cape Flats area in Cape Town.

A TV news crew of the Afrikaans TV news bulletin Nuusdag on the eExtra channel on eMedia Investment's Openview free-to-air satellite TV platform was robbed by three young criminals while doing a report from Idada Avenue in Site C in Khayelitsha.

Reporter Graig-Lee Smith and cameraman Dieter Göttert had both their cellphones stolen as well as the Nuusdag TV camera and tripod.
on 12:20:00 PM