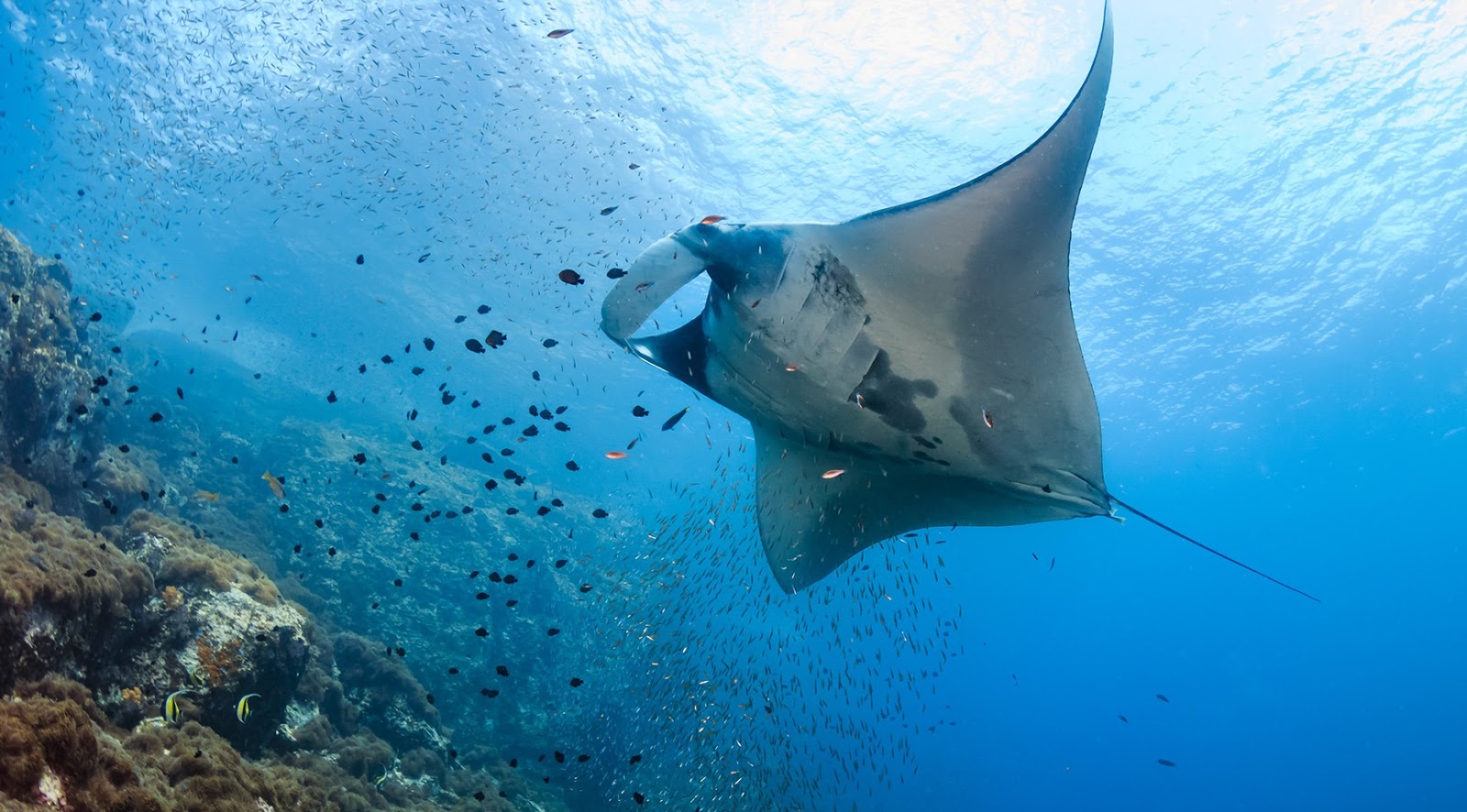 National Geographic (DStv 181 / StarSat 220 / Cell C black 261) has announced Mission OceanX as a new 6-episode series in which some of the world's greatest ocean storytellers will combine their skills with the most advanced combined exploration and media vessel ever built.

Mission OceanX, as a working title, is a co-production from the BBC Studios' Natural History Unit, with ocean exploration leader OceanX and the National Geographic explorer-at-large James Cameron.

Mission OceanX will be a global 6-episode series that National Geographic will broadcast worldwide, with the first season that will focus on the Indian Ocean.

National Geographic hopes to make Mission OceanX a multi-season series, with other seasons focusing on other oceans of the world.

Building on the capabilities of the iconic research vessel, MV Alucia, OceanX will launch Alucia 2, the most advanced and powerful exploration, scientific research and media production vessel the world has ever seen, in order to film Mission OceanX.

The series will take viewers aboard the maiden voyage of Alucia 2 to explore the farthest frontiers of the world's oceans, 95 percent of which are entirely unexplored.

Onboard this next-generation ocean exploration vessel will be a handpicked team of pioneering filmmakers and world-leading scientists, all of whom will uncover the ocean's greatest secrets - diving deeper, getting closer and exploring the darkest recesses of the seas, many inaccessible until now.


Alucia 2, a one-time oil survey ship is being retrofitted at Damen Shipyards in Rotterdam and includes a 40-ton man-rated A-frame strong enough to deploy submersibles, towed sonar arrays and more; an enclosed submersible hangar; and a dedicated deployment bay that will allow for independent launch and recovery of piloted and autonomous underwater drones.

Alucia 2 will also feature two submersibles, each of which can dive beyond a depth of 3 000 feet for up to 8 hours, going where no human has been before.

Alucia 2's onboard helicopter can search long-range and deploy remote research teams and filmmakers from the skies. New discoveries will be made onboard using state-of-the-art dry and wet marine laboratories, and the ship's media studio will bring these discoveries to screens, potentially delivering groundbreaking scientific news in real-time.

National Geographic says that Mission OceanX will tell the stories of young explorers, scientists and filmmakers as they embark on their mission, dealing with challenges that arise from seeking to solve some of the ocean's greatest outstanding mysteries: What happens when a great white shark slices through the sardine run being documented? How can humans decipher the language a mother whale speaks to her calf?

"We are tremendously proud to be partnering with BBC Studios' Natural History Unit, OceanX, Dalio Philanthropies and the Avatar Alliance Foundation on this premium, landmark series that will live across National Geographic," says Courteney Monroe, president of National Geographic Global Television Networks.

"Along with our partners, we hope that Mission OceanX will not only entertain but also spark curiosity, help solve big problems and push the boundaries of what we already know about our oceans."

James Cameron says "In Mission OceanX we'll take viewers on an unparalleled ocean journey on the Alucia 2, introducing them to a group of principled, passionate people on a sometimes dangerous mission of ocean-discovery in real-time".

"We'll present the stakes and tell a visually spectacular and dramatic story - a story that inspires the next generation of explorers and adventurers committed to protecting and preserving our oceans."

"Not only does this truly one-of-a-kind groundbreaking ocean exploration take us to the boundary of what is possible to film, we will define new boundaries."

"With OceanX Media, we've already had a tremendous history in capturing the most visually spectacular views of our oceans, and by working with impeccable storytellers like James Cameron and National Geographic, we hope to tell the stories of the people behind the remarkable scientific discoveries and capture their trials and tribulations in the moment."

Mission OceanX will be co-produced by BBC Studios' Natural History Unit and OceanX Media for National Geographic.
on 11:45:00 AM