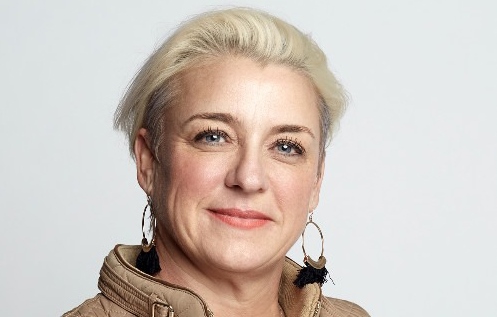 Louise McClelland, executive producer, managing director and co-founder of the Okuhle production company in Cape Town has died at home after losing a short battle with cancer. She was 47.

Louise McClelland started her career in South Africa's TV industry when she joined M-Net shortly after Naspers launched it as South Africa's first pay-TV channel, where she rose through the ranks to become M-Net's head of scheduling.

She became an insert producer and producer of KTV, M-Net's youth brand and programming strand for 2 years, after which she became part of the production team that launched e.tv in 2000 as South Africa's first commercial free-to-air terrestrial TV channel from Cape Town.

Okuhle is also behind the upcoming dating reality series, Finding the One, for M-Net (DStv 101) and did the 6th season of Ultimate Braai Master earlier in 2019 on e.tv.

Okuhle Media in a statement said Louise McClelland's "passion, energy, intellect, determination and creativity were instrumental in Okuhle’s success and we honour her memory by remembering that the greatest legacy anyone can leave behind is to positively impact someone else’s life".

"Louise did exactly that for countless people and for our industry. With every action she reminded us that it is our responsibility to create connections, to entertain, to bring laughter and joy in both our work and our personal lives."

"She leaves an indelible memory that will live in the hearts and minds of all who had the privilege of meeting her."

The SABC told TVwithThinus that "The SABC would like to send its heartfelt condolences to the family and friends of Louise McClelland".

"The loss of such a dynamic, strong and forever happy industry professional is not only a loss to her family, but the television and film industry as a whole. The SABC appreciates that it had the opportunity of working with her and believes that her mark will be left with all the great work and people that she touched."

"Louise McClelland produced amongst others, programmes such as Koskaskenades, Showville, Hectic on 3, Hectic Nine-9 and Beter Assie Bure for the SABC," the public broadcaster said.

e.tv told TVwithThinus that "e.tv sends our most sincere condolences to the McClelland family.  Louise's death is a great loss to both the entertainment and media industries and we would like to thank her for her immense contribution to the channel's various productions. May her soul rest in peace".

M-Net and MultiChoice told TVwithThinus that "M-Net and MultiChoice are saddened to hear of the passing of Louise McClelland who started her career at our company and who was the driving force behind several shows on our channels as executive producer of Okuhle Media".

"The industry has lost a vivacious, creative and dynamic individual who was never scared to take risks. We would like to extend our condolences to Louise's family and friends, as well as all the crews and television makers who were inspired by her passion and kindness."
on 2:32:00 PM