HBO's final Game of Thrones Comic-Con panel appearance was a disappointing mess and PR failure as scared creators bailed, fans boo-ed, and the show suddenly decided to slam justified criticism as being part of some 'media-led campaign'. 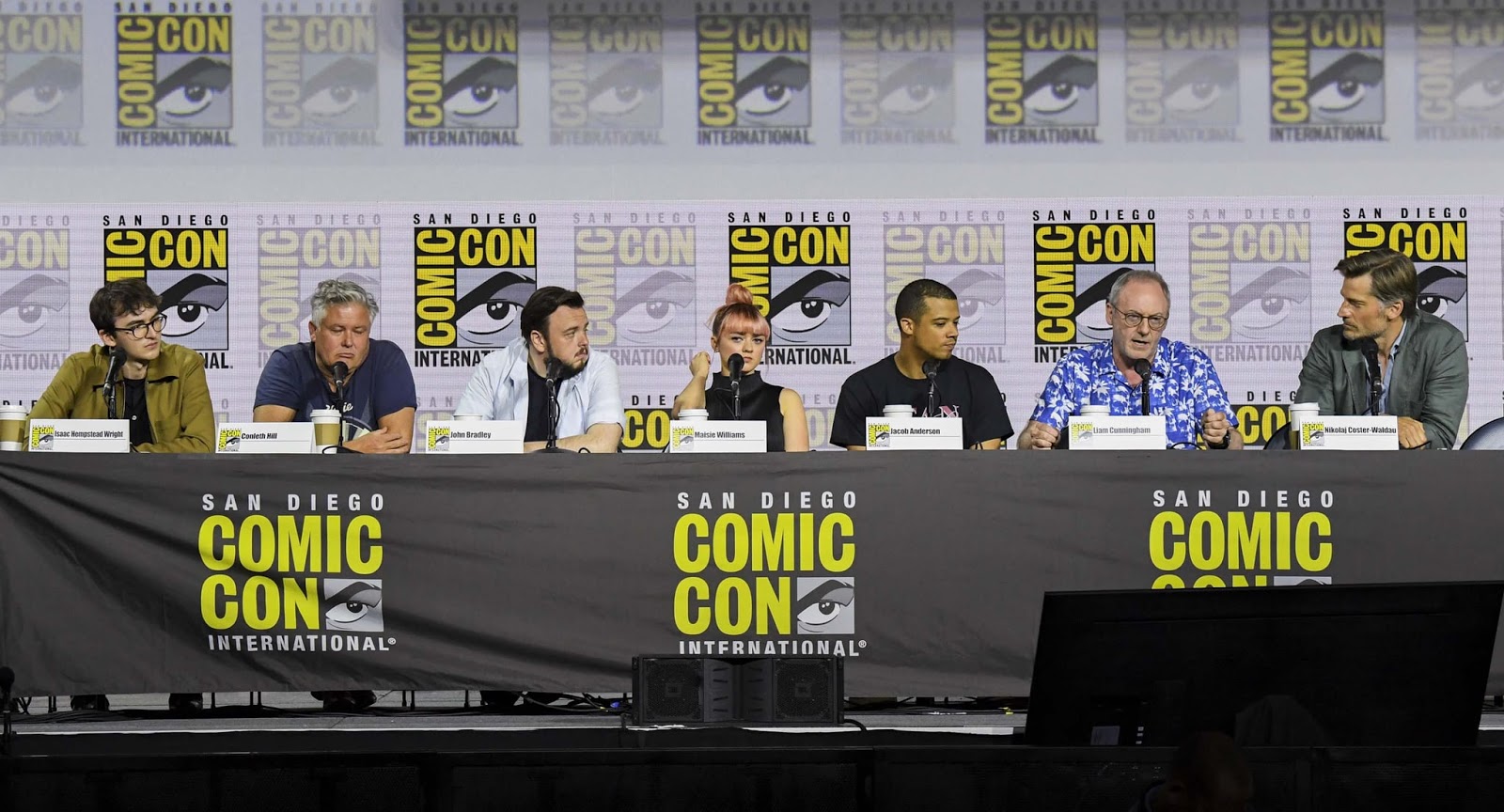 HBO's final Game of Thrones Comic-Con panel over the past weekend at the San Diego International Comic-Con 2019 devolved into a highly embarrassing mess.

It put a final trash-filled full stop behind the hugely disappointing series, as the scared showrunners bailed and ran, the cast that struggles to cope with criticism blamed the media for the worldwide revulsion over the badly-done final season and ending, while attendees boo-ed the actors over their passive-aggressive and ridiculous answers.

While the final Game of Thrones panel session at San Diego International Comic-Con 2019 over this weekend was initially one of the highlights to look forward to, the final appearance of the HBO show at Comic-Con degenerated into a bizarre trash-spectacle and a PR failure, causing Game of Thrones to become the biggest Comic-Con loser.

The final season of the once-loved show - now despised by millions of viewers worldwide who feel cheated after having invested their time, attention, money and effort over several years into what turned into a horrific and wholly-unsatisfying conclusion - was seen on both M-Net on MultiChoice's DStv satellite pay-TV service, as well as on MultiChoice's subscription video-on-demand (SVOD) service Showmax from its Connected Video division.

The cowardly creators and showrunners David Benioff and Dan Weiss, too scared to face former fans, awkwardly bailed and ran from their scheduled and confirmed Game of Thrones San Diego International Comic-Con 2019 appearance.

It which would have been the first place where they would have had to face the public and would have had to answer questions about the show's rushed, trashed-up, underwhelming and destroyed final season that was filled with numerous mistakes, takeaway coffee cups in scenes and underlit episodes viewers couldn't see.

David Benioff and Dan Weiss were not the only ones who duck and ran - the scheduled and confirmed director Miguel Sapochnik, as well as actors Iain Glen (Jorah Mormont) and Nathalie Emmanuel (Missandei) suddenly became no-shows at the Game of Thrones Comic-Con panel, without any apology.

In an utterly weird and out-of-place start, HBO's Game of Thrones panel kicked off with a bizarre public service announcement from the director of Comic-Con, Eddie Ibrahim, who was clearly told to do so after what must have been concerned discussions with HBO.

Eddie told the public "to accept each other" - as if HBO and Game of Thrones beforehand wanted to try and tell the public and Comic-Con visitors who paid to attend, to not criticise the disastrous show and fearing what people might say or ask due to the ongoing backlash against the show.

"I want to mention what we all love about Comic-Con so much is that we all accept each other. Think about it. We accept each other’s fandoms. Even if we disagree sometimes, we all do love the content that is brought to us. We want that to continue. Keep that in mind. This is a place where everybody is accepted and is at home," said Eddie Ibrahim.

The entire Hall H audibly groaned about his weird "announcement".

When Nikolaj Coster-Waldau (Jaime) was asked what he thought about his dying-under-rubble final scene, he said "I thought it was perfect, that end, in the arms of Cersei. It made sense to me."

Once again audible groans and boo's were heard through Hall H.

Then Game of Thrones star Conleth Hill (Varys) decided to turn on the press, blaming a "media-led hate campaign" for the backlash against the final season, making as if the public are morons who slavishly do what the media tells them and couldn't see for themselves how bad and disappointing the final season of the pay-TV drama became.

Nikolaj Coster-Waldau then decided to talk about "The absurdity of the online petition. Like HBO was going to change the whole thing. That’s the power of HBO!"

Nikolaj Coster-Waldau apparently missed Eddie Ibrahim public service announcement at the beginning of the panel discussion asking that "we all accept each other".

Sorry there isn't time for fan questions said the moderator at the end, closing off the HBO panel session without allowing any questions from any of the people who paid to attend Comic-Con.
on 8:38:00 PM