TV CRITIC's NOTEBOOK. Wednesday night I deleted China's CGTN app from my phone after its shocking censorship and news bias became very clear - here's why you should too. 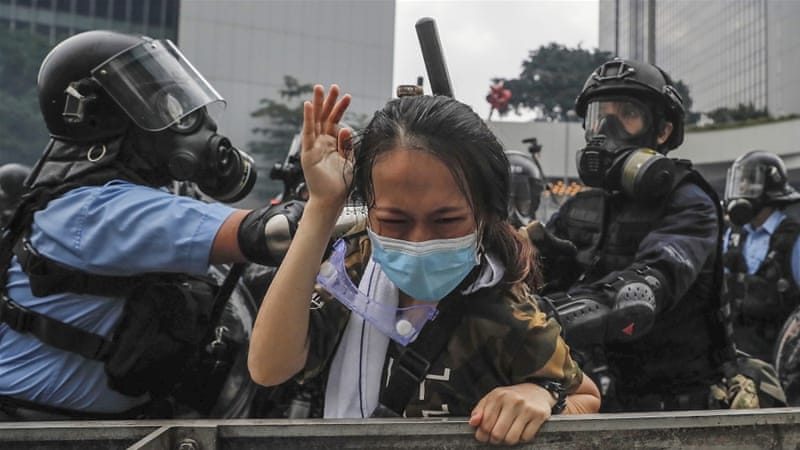 It was weird on Wednesday night when I chose to "delete" the news.

I love the news, especially TV news, and the more different news sources there are, the better for me, for you and for the world.

Yet, on Wednesday I scrolled down the apps list on my phone and clicked "uninstall" on the "news" app of China's CGTN (DStv 409 / StarSat 266) to completely get rid of it.

Somehow I should probably have realised sooner that China's CGTN is not really a news channel but like ANN7 that morphed into Afro Worldview, Russia's RT, and some others, actually a propaganda channel with a specific view and a biased narrative that it is pushing.

With stories like Wednesday's "Chinese soldiers plant trees to run barren island into a paradise" CGTN shamelessly panders to whoever its audience might be, using the semblance of what consumers known as "news" to push propaganda that only makes the Chinese government and its great Xi look good.

It was jarring and jaw-dropping as a South African and African TV news consumer to see in real time BBC World News, Al Jazeera, Sky News, CNN International, France24 and a raft of other channels do live coverage from the disturbing and chaotic scenes in Hong Kong on Wednesday.

As the police fired tear gas and rubber bullets at protestors shown on several TV news channels, CGTN showed recorded travelogue snippets of how beautiful it is in Tibet.

While global TV news channel followed up with filed reports and live crossings to Hong Kong's streets and interviewed protestors and told viewers what is happening, CGTN did fluff-stuff after fluff-stuff of how China is adding more flights to Africa and how Chinese business is uplifting Africa.

Sadly, Africans in traditional tribal gear still only dance like circus acts (and by implication for their dinner) for the Chinese men in their business suits as proudly broadcast on CGTN. Weirdly on CGTN it never happens the other way round.

It was shocking to see how CGTN as a propaganda channel of the Chinese communist government totally controlled and censored the "news" on Wednesday. Not not a single story about the Hong Kong protest was broadcast, not a single mention on the news scroll, not a single story on the CGTN website, or anything on its social media.

While news consumers in Africa and elsewhere in the world have access to multiple other news sources and could follow and were shown what was happening (although CGTN did not), it made me think of how it must be to live in China where news like the 1989 Tiananmen Square protests and the recent anniversary of it, news about Taiwan, and other actual news about and around China are completely blocked, censored and delivered slanted.

On its website CGTN says it's a news source that "gives a balanced view".

Well, on Tuesday and Wednesday there was zero balance on CGTN, just blatant, arrogant, misguided and highly-embarrassing CGTN censorship.

The awkward and blunt CGTN censorship and propaganda, after some research late into Wednesday night, becomes even more clear when you make the effort as a news consumer to take a broader look.

After saying that the recent debate between Trish Regan of Fox Business News and whoever the CGTN anchor was would be broadcast on both channels - live - and announcing and hyping it up beforehand, CGTN literally backed down and bluntly and quietly announced it won't be broadcasting it anymore ... two hours before the time.

CGTN suddenly said it couldn't broadcast the anchors' TV tete-a-tete "because of copyright".

Of course no copyright issues were ever involved, other than China's government and CGTN being scared that Trish might say something on live television or talk about a topic that they don't want Chinese viewers to hear. 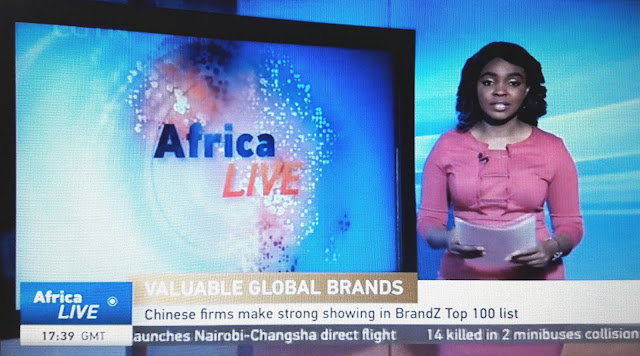 Of course there are "good" people and "real" journalists working at CGTN - globally and across Africa. It's sad that they work for a propaganda channel and probably want to do real journalism but are hamstrung by their censorship bosses.

When CGTN Africa's division based in Nairobi, Kenya started and launched the Africa Live broadcasting block, I cheered. Africa Live still does more coverage daily about Africa than most of the other TV news channels.

The problem - hugely evident on Wednesday night - is that at some point however an editorial decision was obviously taken to turn it into pandering, 'newsfomercials' fodder, hijacking the "news" format to do puff-piece China-promoting publicity to Chinese politicians and Chinese business across the African continent instead of news.

While Africa Live does more Africa coverage, a lot of it isn't actually news.

When something in Africa involves the remotest connection to China it's turned into China-prime stories on Africa Live, China's benefactor role is hyped up beyond belief with glowing visuals and language and it's run like China puff-pieces looking exactly like corporate videos but one in which China is the company.

CGTN and CGTN Africa bosses must think that Africa's news consumers are idiots and will just slurp up this contant slanted sludge without pushback or critical thought. Not so.

Consumers in Africa have access to more news sources that don't shamelessly censor and spout propaganda and can see and compare the differences.

By comparison, CGTN with its biased approach looks silly, embarrassing and incapable of bringing and providing real news coverage when it matters.

While I love the news, on Wednesday I realised that I no longer - if I ever did - trust CGTN. I don't trust that CGTN will show me what is news in the world (including China), all the news, and the news accurately, timeously and without censorship.

I don't have time to kowtow and to use and consume and to drag along "news" sources like CGTN on my TV screen or as an app on my cellphone when it clearly shows itself to be useless when it comes to doing what it falsely purports to be: a "news" platform.